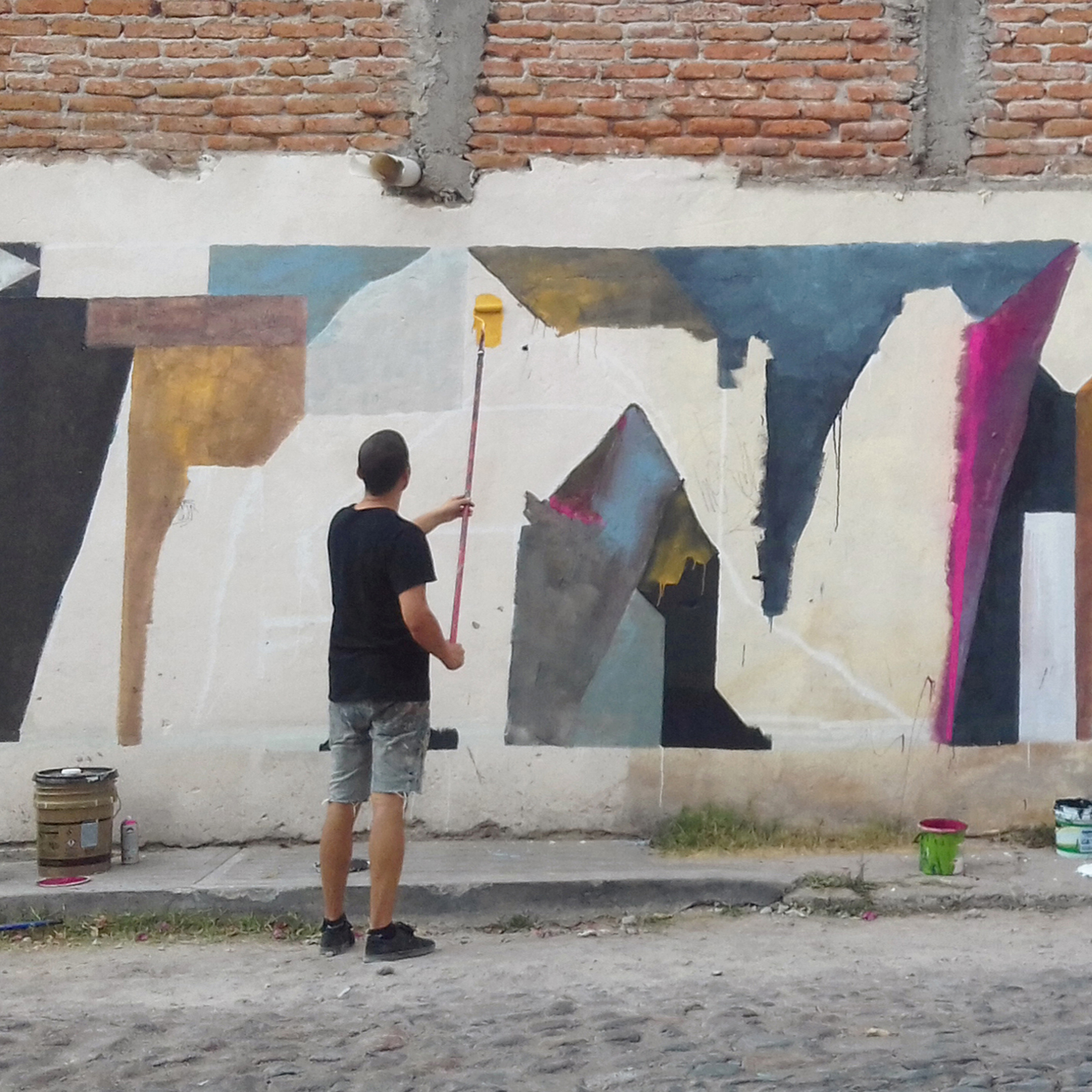 Self-taught and vagabond, he has built himself through his many travels that have made him a multidisciplinary visual artist, in perpetual search of learning and experimentation.

Working in a cyclical manner, adapting to the context and his desires of the moment, he moves from formalism to expressionism, from construction to destruction, establishing bridges between these different processes.

Being both fascinated by the power of a minimalist work and the depth of a dense and complex work, he enjoys exploring the artistic field between the two.

The style of his debut, based on a typographic work and a refined representation, mainly influenced by his practice of graffiti and graphic design, has slowly evolved into an abstract universe, fruit of the dialogue he develops with the architecture and the surrounding of places that host his creations.

He imagines and freezes fragments of a world in perpetual change, creating a feeling of in-between, of unstable equilibrium, where geometric shapes and unstructured lines contrast in interlocking spaces that play with movement and perception.