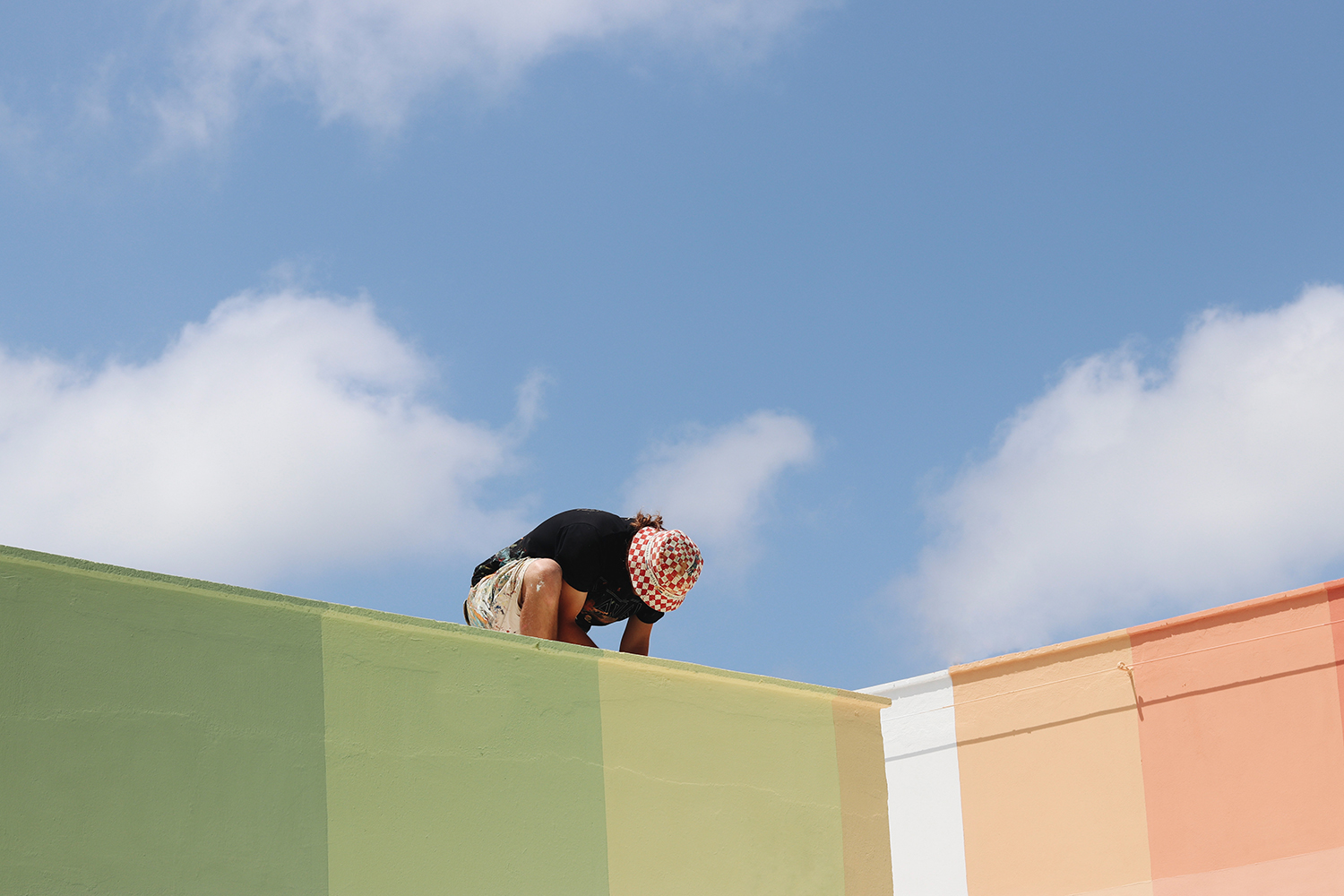 Alberonero was born in Lodi in 1991. At the age of fifteen he began to experiment with graffiti developing a personal, brutal and childlike style of painting. In 2013 he graduated in Interior Design at the Milan Polytechnic.

Since 2012 he has studied the perception of color, interested in the emotional possibilities given by tonal combinations. He is also developing a research on the synthesis of form, with the idea of minimizing visual language, and of reducing the world to color, to sensations.

He creates public art, pictorial and installation works all around the world and intervenes in natural environments with different media. His works are born from an intimate dialogue with space, and a conception of art as a poetic and fundamental element of the landscape.

Alberonero has participated in many artistic events including: the XXI Triennale di Milano International Exhibition, the Farm Cultural Park, the Elsewhere Festival, the Art Basel Miami, the Big City Life. He has done solo and group exhibitions in Italy, France, Ukraine, Spain, Florida, Germany, Argentina and Indonesia and he has carried out participatory art projects and color workshops.