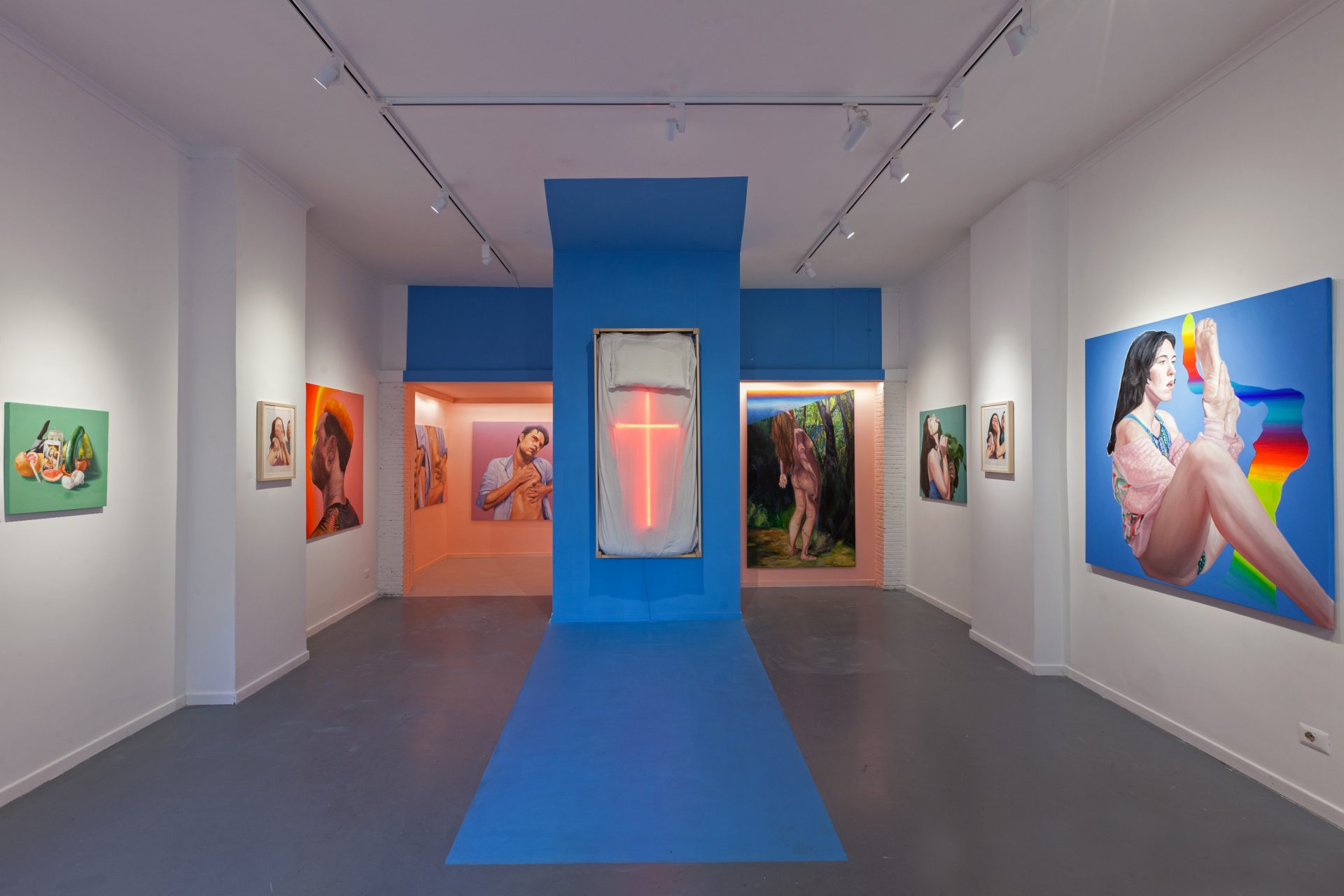 Your artistic journey begins in the '90s with graffiti on the streets of Buenos Aires. What has led you to leave lettering for figurative painting? What inspires you today when you express yourself in public spaces?

A: I think graffiti came to me at an interesting time as a teenager. It was graffiti that helped me reconnect with art, something that I had suppressed after my father’s death. When I was a child I received art books, such as Van Gogh, Goya or Velazquez. When I was 13 years old, my mother sent me to painting classes where I learned techniques (oil, acrylics and watercolors), but at that time I had a hard time handling all the uncertainties I felt, from sex to God.

Graffiti was the thing that helped me channel those anxieties. I think feeling that a public space could belong to me for a certain time gave me a sense of power, an invisible power. Painting letters was an interesting exercise, but when I finished I always felt incomplete. I also think I wasn’t really good at lettering.

Then because of love (which is the most interesting motivation of the human being since when you really do something for love you don’t expect anything back), I went on to paint a face. At that moment for the first time in my life I felt that something was brewing in me; I started reconnecting with my childhood, with the books my parents gave me.

What still calls my attention in a public space is the fact that I can never control it. Public spaces are always very subtle, politically sensitive areas, especially in Latin America where everything is always on the verge of explosion, where freedom can be found only because the police have to deal with more important issues. It is a space where theories do not work, a space that does not belong to us but we feel as if it did. 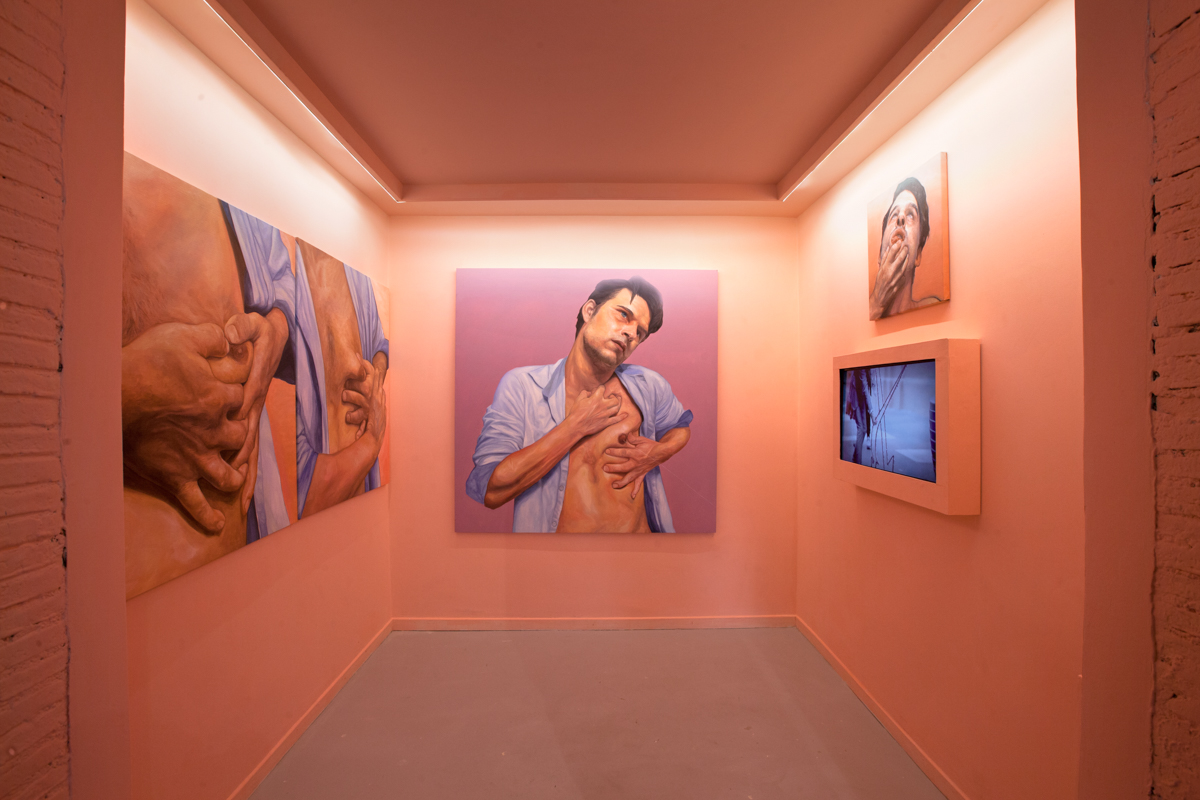 In a relatively short period of time the illegal practice of painting on public walls has become authorized and institutional. Do you think something precious has gone lost in this passage? Was the subversive charge of this way of doing art based on its illegality, or can it be found in other factors?

A: I think we have to recognize that Public Art is a movement built on the foundations of capitalism, which means that the spray can is a production device created to paint faster in complicated areas. At one point this tool generated a rupture and started being used other reasons. But sooner or later it had to return to the system, and this is what happened to Public Art: there was a purification that coincided with what is known as “Street Art”, i.e. a refinement of graffiti.
Street Art works very well with the broken window theory. It is the makeup of gentrification. But I think it can survive only if we realize that we can use it and not be used by it. A public artist suffers from a disease that can be defined as exposed idealism. We open ourselves to the judgment of strangers and the movement is going to be able to survive only if no one controls the essence of the artist. Public Art does not change the world, but if it can change how people perceive things, and people are the only ones that at the end can change everything. 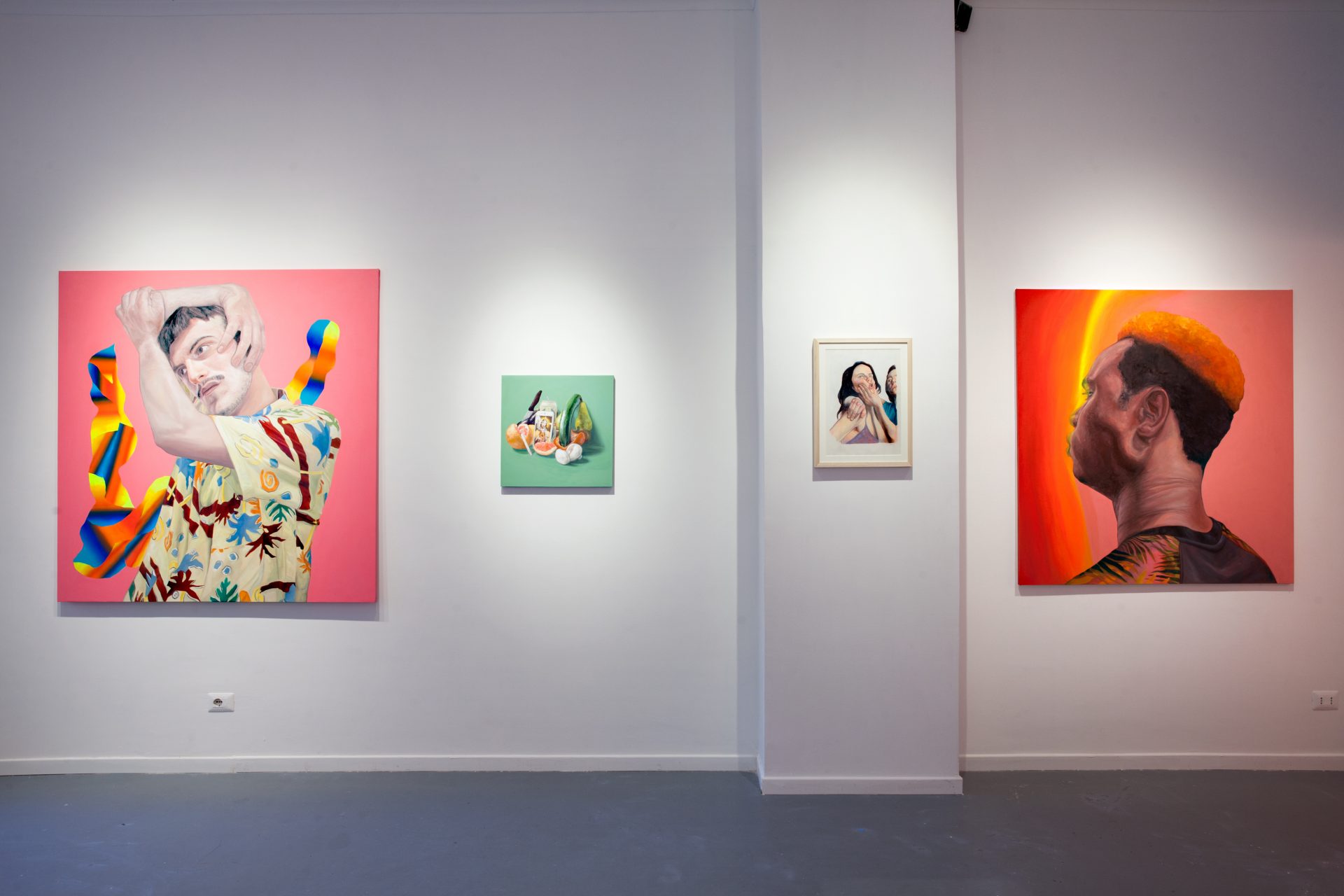 Some time ago a person asked you: "What if one day the walls of the city were all painted?" To this you replied that you would have started painting them white. What does this metaphor mean to you?

A: When I was young I always thought that my dream was to see a whole neighborhood painted. When my dream came true, I was frightened and changed my mind. Public intervention begins by being critical and trying to look at things in a different way, so right now I am scared at seeing everything painted. 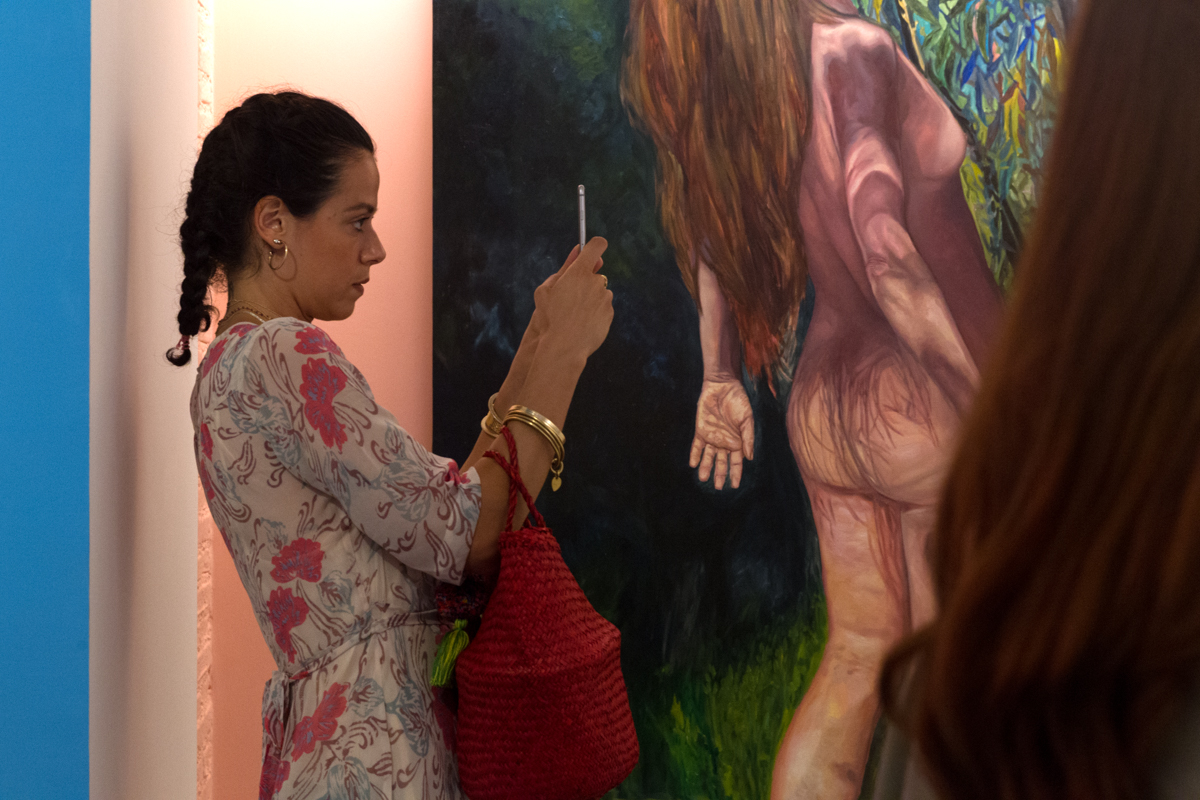 Your artistic research is characterized by a strong criticism of current reality, a clever critique that often starts from political and philosophical theories of the past, and is reworked through your personal reflections. What events and personalities have contributed to your poetic style? Do you think that art today can (or should) have an active role in shaping the way people think?

A: I believe I changed my way of dialoguing with art in 2009 in Paris, when I understood that everything was political and that the street was the most democratic and anarchic space. I have grown up with politics; my parents were young communist fighters in an era where, in Argentina, if you had different opinions you could disappear forever. I realized that if art does not dialogue with the context it is in it dies in its own idealism. An artwork is only a bridge to generate a discussion that comes later. A piece does not have to “say” something but it must “ask” questions. I was not specifically looking for politics, I just opened myself to it and politics got me. 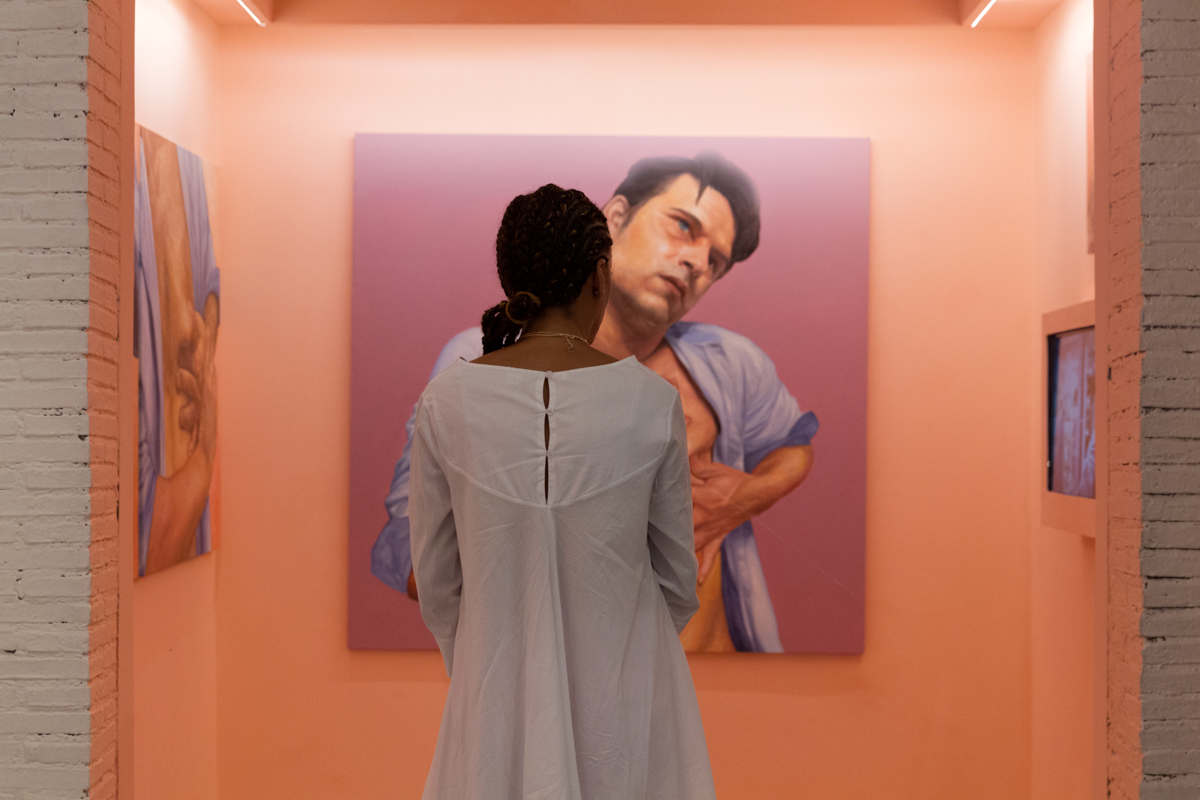 I remember that in one of the first mails we exchanged you wrote to me that for your personal exhibition at Galleria Varsi you wanted to "talk about God in a subjective way". What is your vision of spirituality?

A: My view of religion is perhaps a bit perverse. My parents did not get married in church so I was never baptized; anyway God has always seemed a strange character to me. I have always justified everything that happened to me as a decision made by something more powerful than me: if a girl did not kiss me or I fell off the bike, it was a divine decision. Then it all ended when my father died; I felt pain and did not understand why such things happen. Since I did not find the best justification in God, I ended up getting angry and stopped thinking that God was involved in my life. Now I am more in favor of God being a bird, a tree, an orgasm, a lion, or something that has nothing to do with humans; it is the universe itself with its planets and moons, a hologram we cannot see.

I think it is okay to believe in something because it is what makes us look beyond ourselves, but I do not think we can get anything out of the promise of golden paradises. Perhaps “faith” is the consequence of being afraid of our own acts. 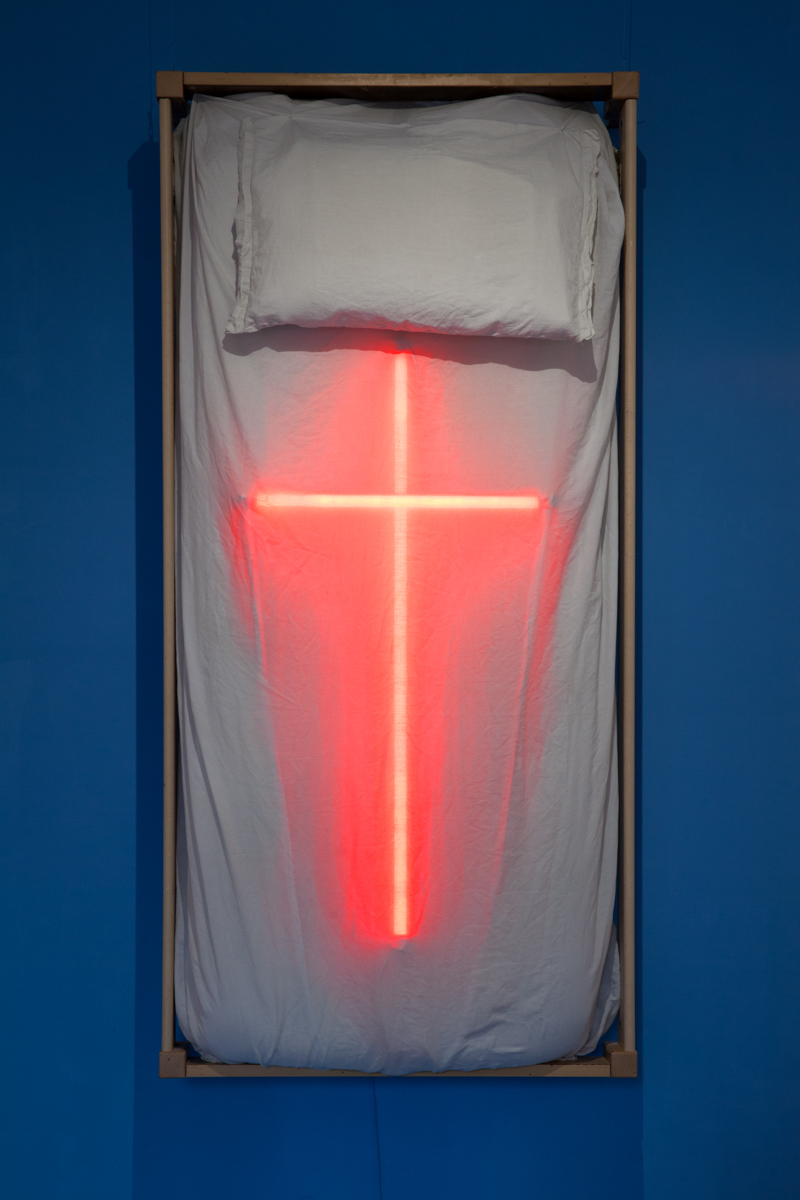 Then one day you also wrote to me that you specifically wanted to investigate the relationship between the Catholic Church and sex; you were interested in doing so in Rome and that the whole exhibition would be based on the concept of "Transverberation", a Christian mystic ecstasy. What strikes you in this form of ecstasy and how is it related with sexuality? More in general, what aspects of the relationship between sex, church, and individuals are you interested in highlighting in the show?

A: It all started when I was little and my only contact with the Church was to go to play soccer on their courts. After the parties we had to go and listen to the priest’s sermon. Once during one of those sermons I found a porn magazine. When I saw it I felt immense guilt and that something bad was going to happen to me. That magazine represented the contradiction of two spaces that cannot be technically together and the whole situation generated a strange excitement (I guess now that it was created by the nature of the magazine…).

It all started when I discovered that the word “ecstasy” was used by Catholicism. It strikes me that a word so related to lust, sex and drugs has been used under the name of God. But that word was is key to something much more interesting which is basically the most pure and divine contact that someone can have with God, where the divine enters the body of a person, occupies it, and generates the most amazing pleasure that exists. Bernini magnificently renders it as an orgasm in the “Ecstasy of Saint Theresa”. Personally I believe that if God is everywhere, it also has to be when we are having sex, and if the Church were not to repress it all the time, it would reduce the cases of sexual abuse.

I try to humanize God, to believe that he is also curious. And I also believe that believing in God is also the feeling of being loved even if we make mistakes, it is that sensation of not being alone. The Transverberation resolved my feelings of guilt toward that magazine in my childhood. 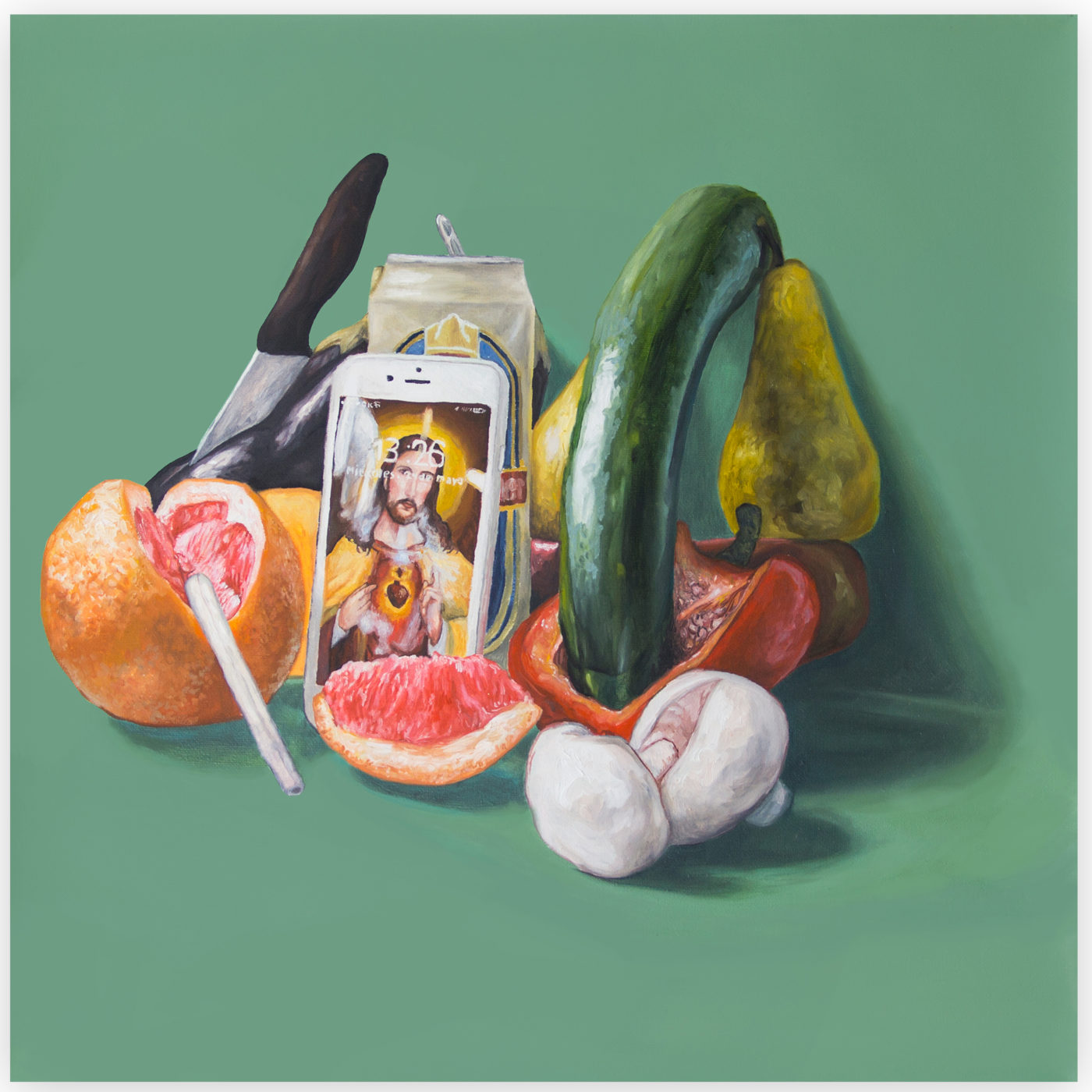 Abstract and figurative are both present in your works. Most often abstract forms come to life right from the eyes of the figures, blocking their vision and more. Even in your works on display, bands of color coexist with the characters and seem to control the symbolic charge of the works. What do these strong shapes and colors represent?

A: Abstract forms are the hangover of painting graffiti. They are my immediate thoughts and the first thing that for me describes the “here and now”. They are the form I give to God. Also one day they might be me wanting to be somewhere else. They are my alter ego. They might also be you as you are reading this interview. 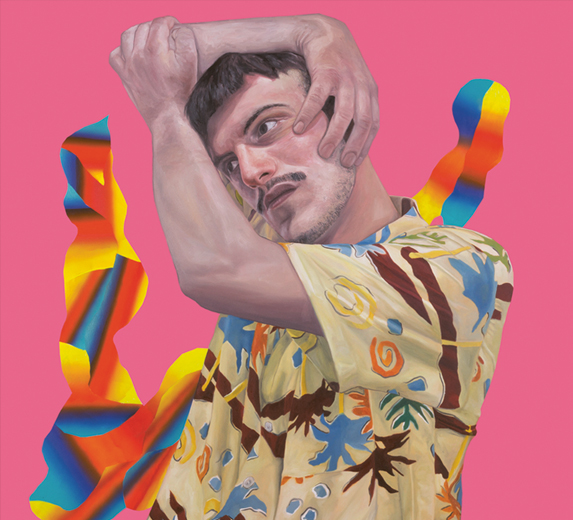 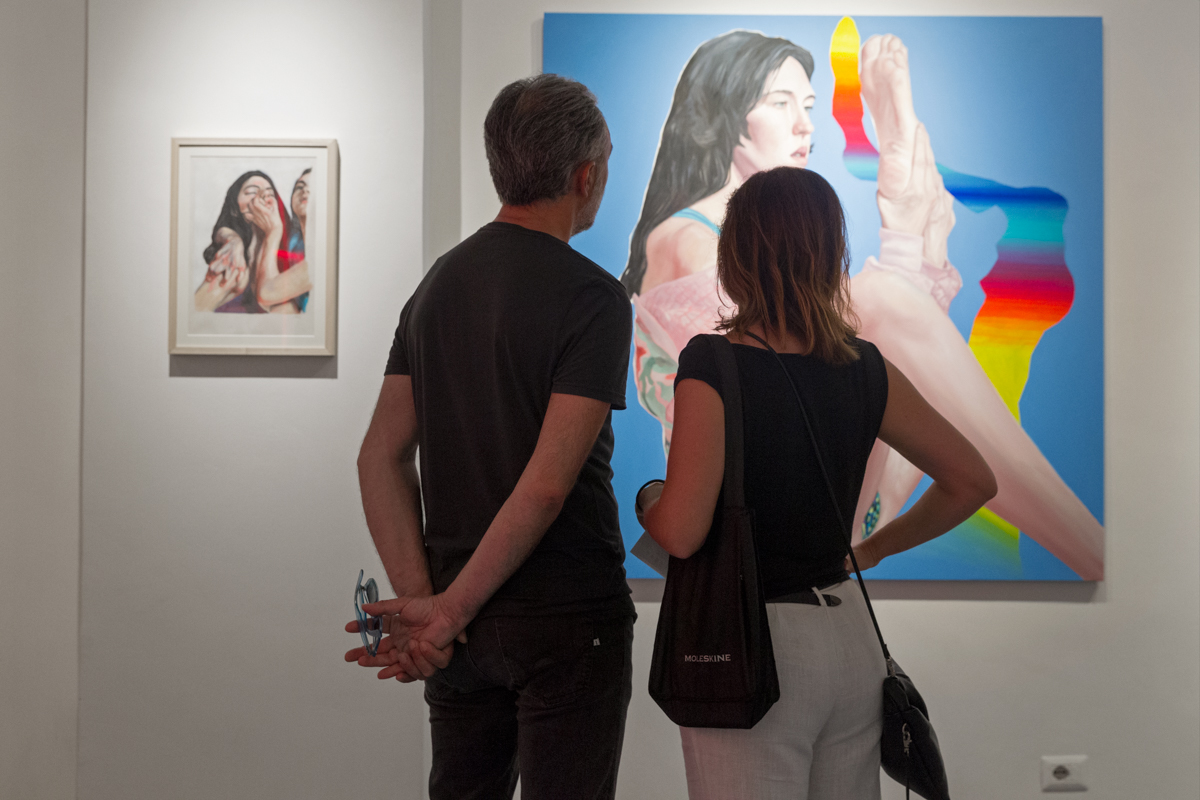 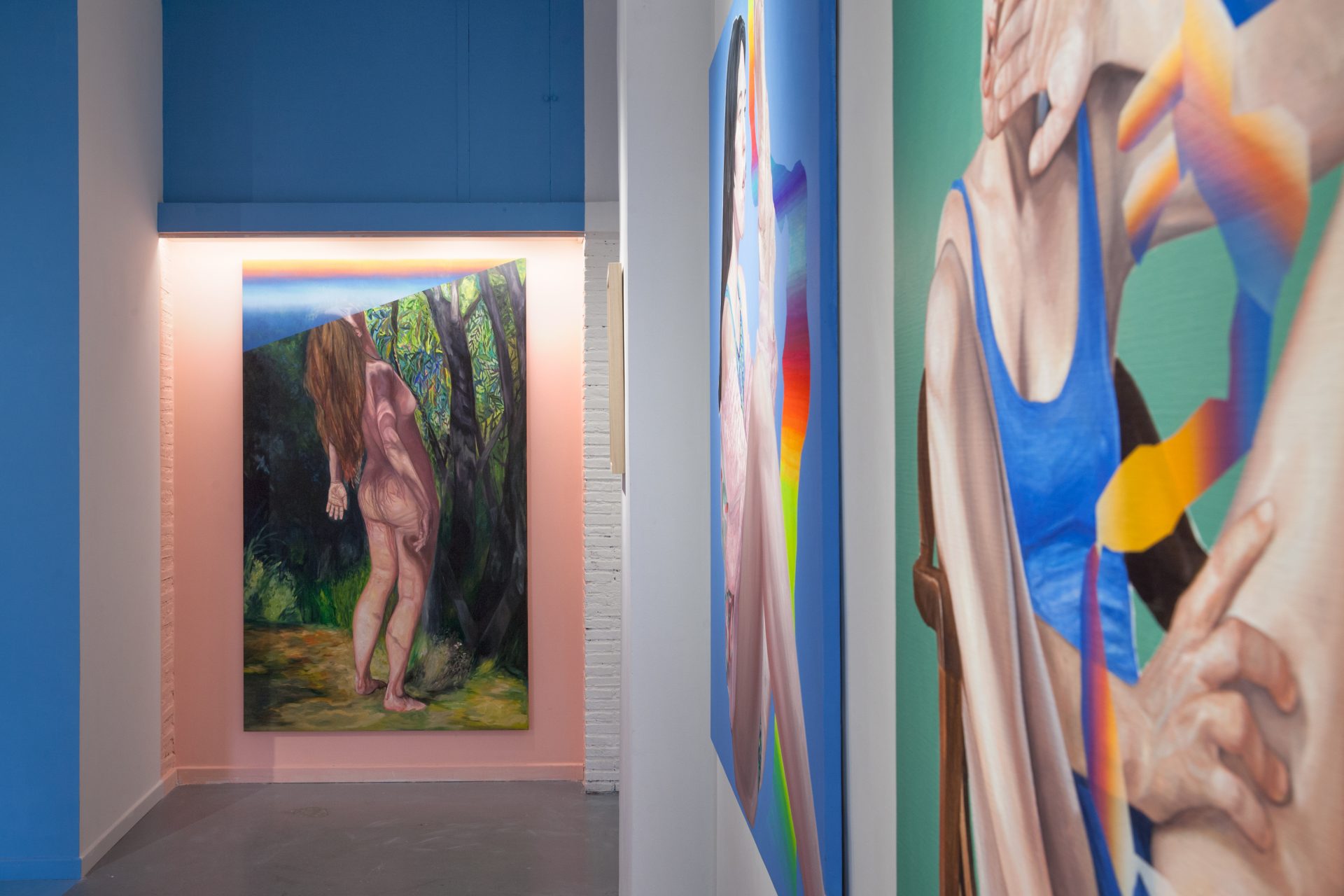