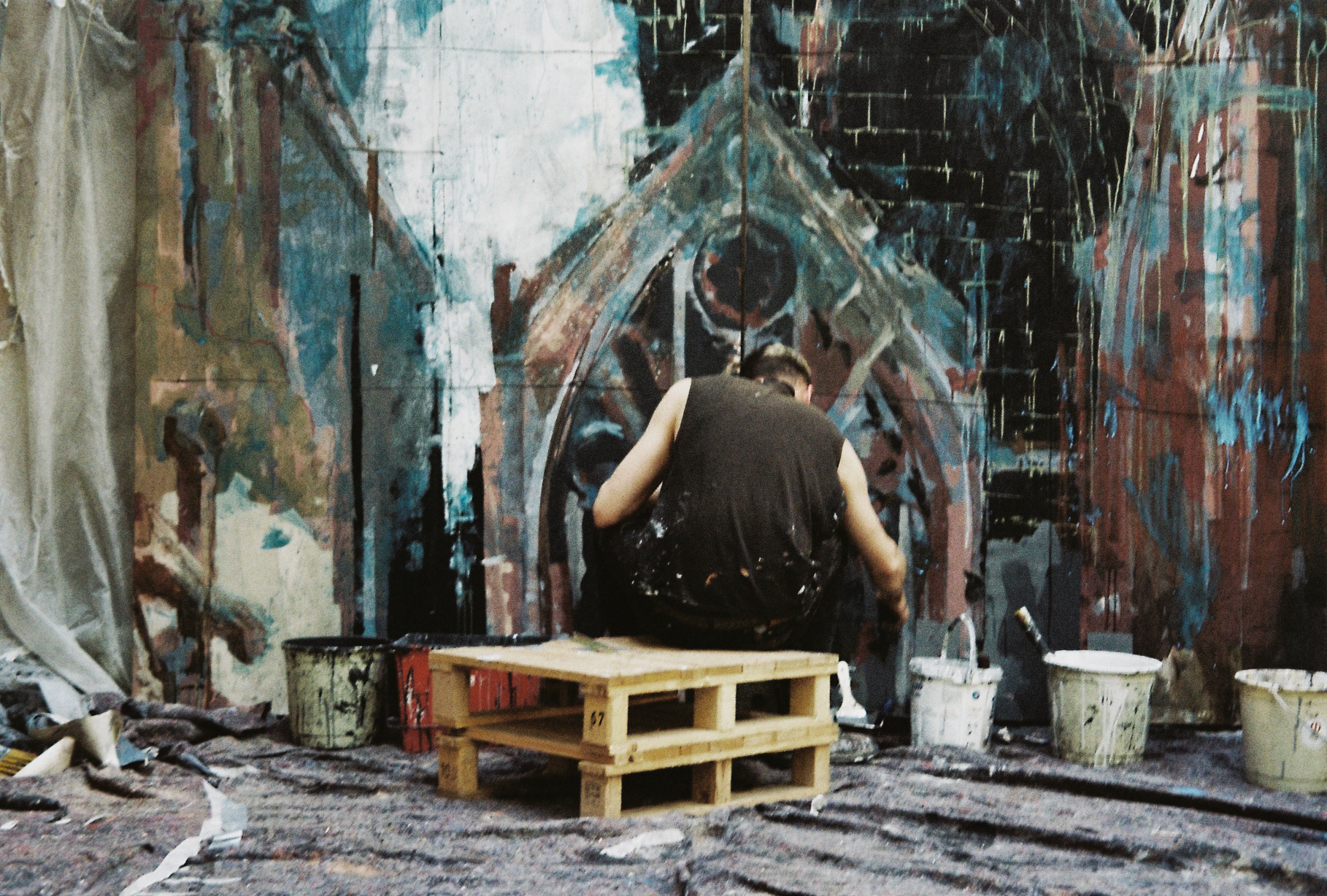 As part of the cultural season Liberté! 2019, the Bordeaux City Council is inviting the artist Gonzalo Borondo to freely act in a space chosen by him. He was fascinated by Le Temple des Chartrons, an old protestant church that has been closed to the public for thirty years. The temple will open its doors with MERCI, a large scale site- specific project that involves both the interior and exterior of the building. Painting, projections, sounds and different media interact with the environment, giving the viewer an immersive experience, inviting all to reflect on the complexity of our relationship with nature. 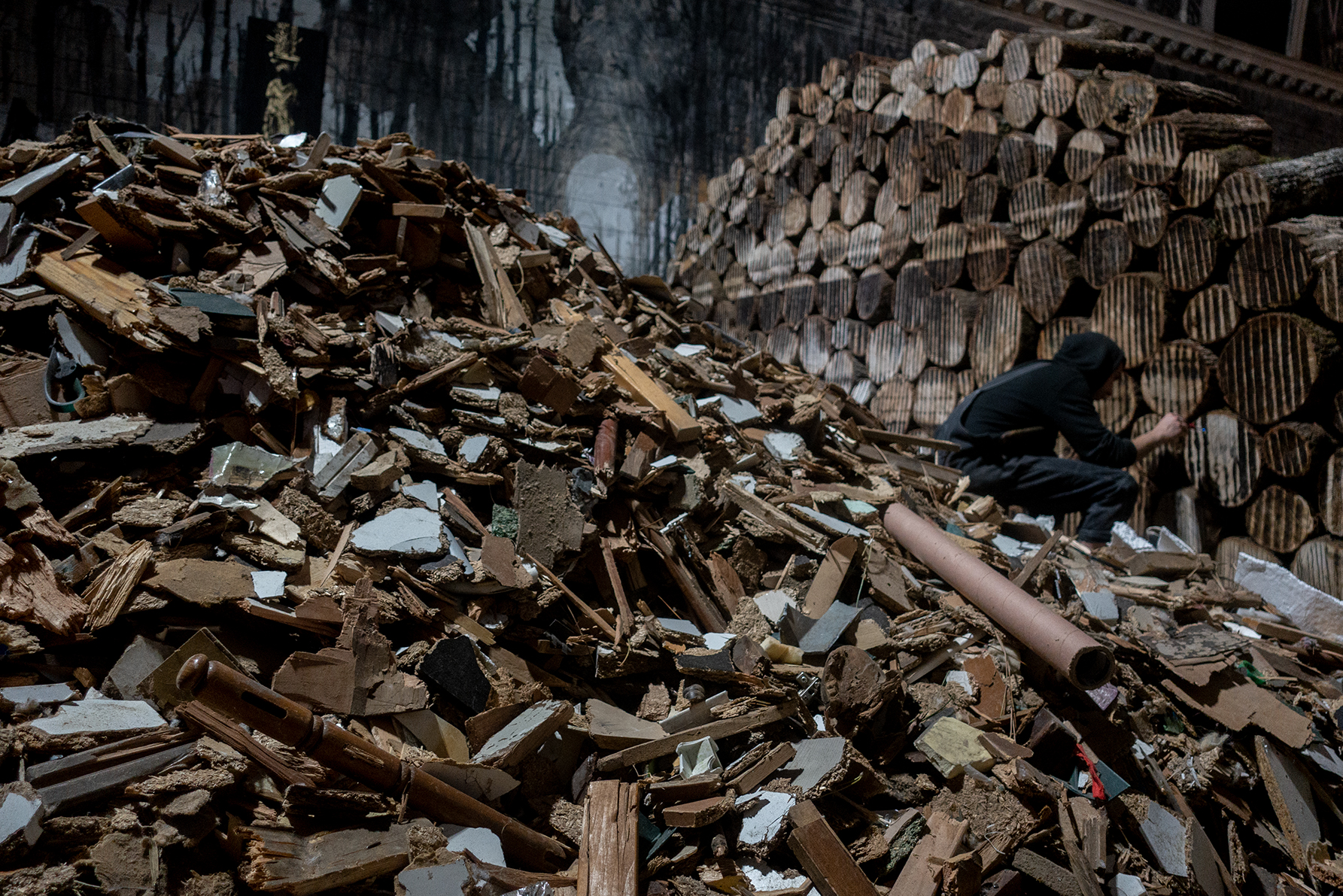 Used as a storage place, the temple is now gaining a new place in the rhythms of the city thanks to Borondo’s artistic intervention, which was recently acquired by the CAPC as part of its collection. The impressive, empty, decayed temple is the challenge that Borondo has been embracing for the last four months of residency, in an attempt to give voice to the energy embedded in its walls.
The artist is working in constant research on the territory. His different encounters feed and stimulate the experience he is generating for others. He also creates a dialogue with the solid architecture of the city though a series of soft urban interventions, integrating elements of dissonance. As an outsider, Borondo has always tried to find a connection with the environment that surrounds him, producing a centrifugal movement that stimulates reflection in the viewer.
The word merci was originally used in the 10th century to ask for mercy, grace, pardon, therefore implying an unbalanced dialogue. One of the first words that you already know in French is merci. Also, by chance, you will wander in a church and find merci engraved on the walls, the evocative and concrete meaning of an ex-voto, an offering in exchange for grace. In the temple, MERCI becomes a dialogue between the sacred and the pagan, vertical and horizontal thinking, the human being and the idea of nature. More than a tribute, it’s a reversible relationship of challenge made of fear and attraction. 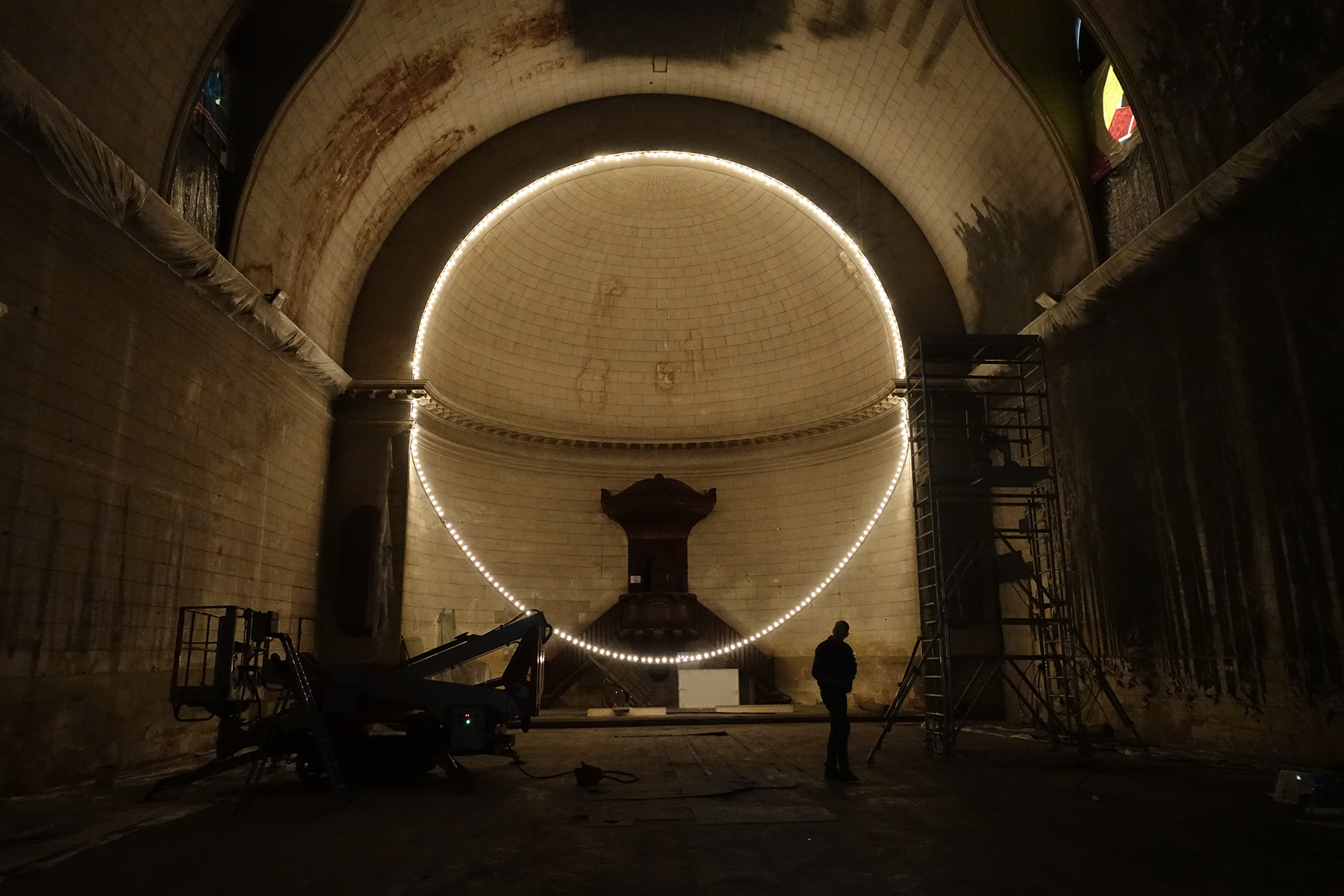 There is a presence that Borondo perceived immediately as he walked into the temple. A suspended time. Every crack tells you about elapsed stories that bring you to perceive the sacredness of the space. The same sacredness that you can perceive in the forest, on the path to the spiders’ nest. He was struck by the feeling of a monument falling in ruins, where vegetation and architecture overtake each other in mutual transformation. Nature as a temple, and a temple dedicated to nature, this was the starting point. And at the end, the wood that is part of the installation will go back to the forest as a living installation. 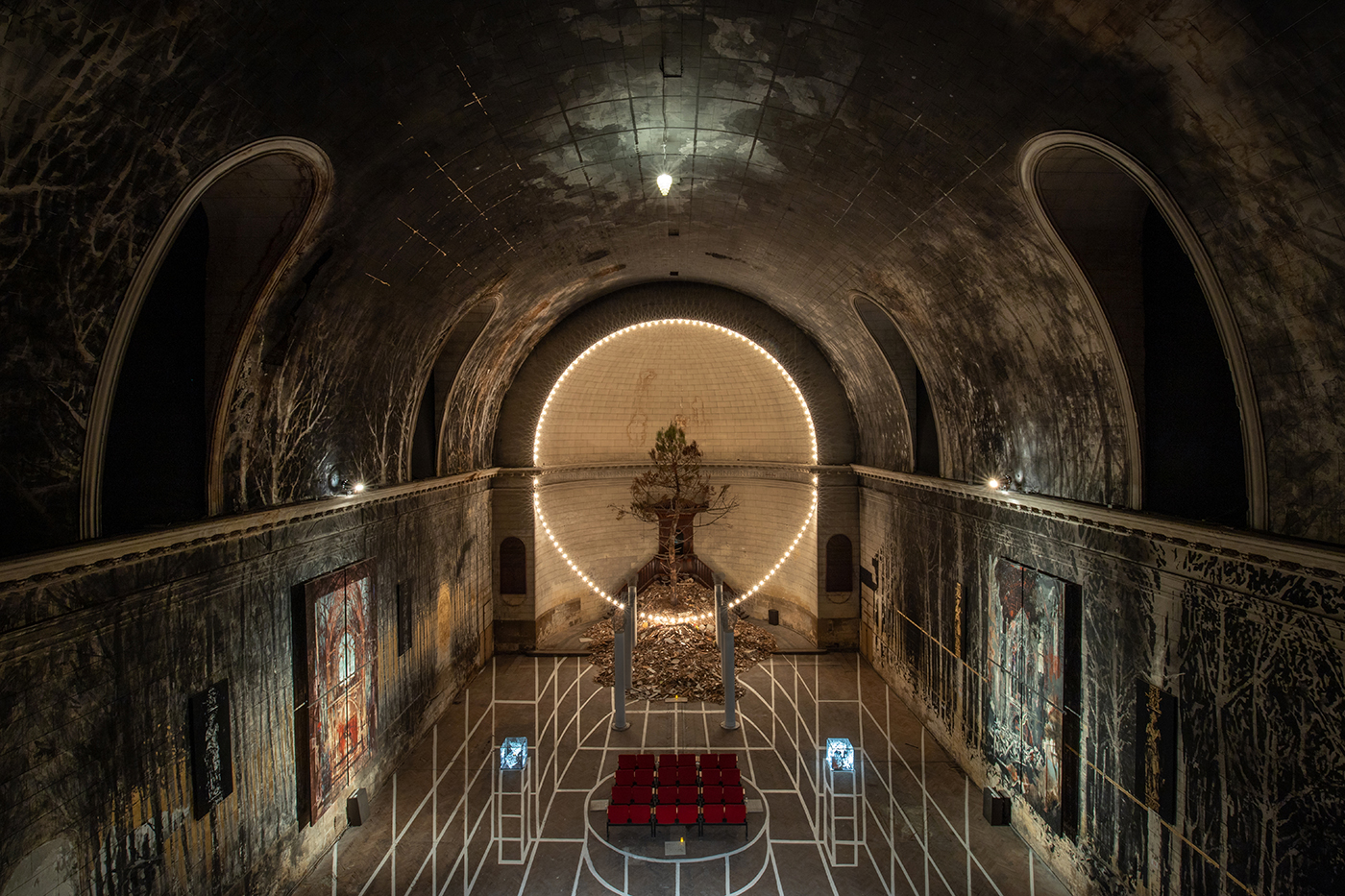 Following this idea of cyclic transformation, the artist reuses the material found on site, which becomes an expansion of the idea: the forest, the recycling places, the streets. This is part of his artistic practice. He always challenges himself with the limits imposed by context, until everything falls into place, here in the shape of a dialogue.
As the artist says, “the columns are connected to trees, a living plant will be confronted with a dead or an absent one, the night and day, inside and outside, with dialogue on the painted walls. The mental openings created by perspectives will be limited by physical boundaries.”