Curator: Your access to urban space began with graffiti. In recent years you also approached figurative painting and have participated in several Public Art projects, working on large walls. These two worlds and languages are in many ways quite different and sometimes in conflict. How did your interest in painting start? Do you identify Public Art as an evolution of the process you began with graffiti or do you see these two cultural phenomena as parallel artistic ways?

Artist: I started with graffiti when I was a kid because it was a good way of spending my evenings, between beers, rails, big projects that never went anywhere and some fights. I lived this as a way of saying everything I do sucks, I do not belong to any trend or political movement so fuck it all. I am going to write where it is forbidden, I am going to find out places that most people never see, and spend my days thinking that I am really living outside of a system I do not like. All of this unknowingly became my art school.
Many years later I started to develop an interest in figurative painting, also to please my 93 year old grandmother who complained she never understood my drawings. My first attempts were on canvas and then I tried to bring that language to walls because I wanted to get back on the streets. The results pleased me, and fortunately they also pleased the people who helped me carry on the experiment. 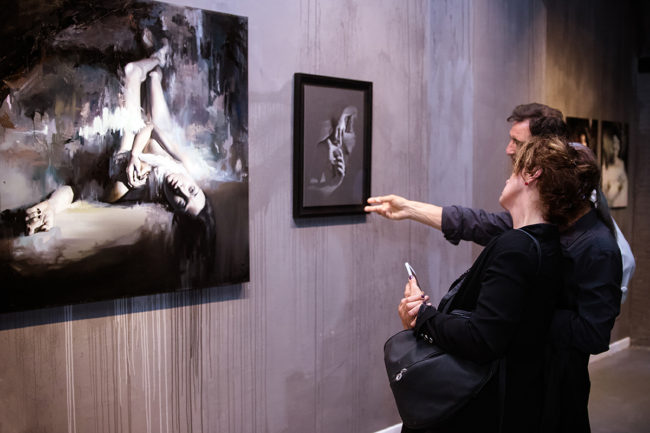 Today I paint faces and bodies on walls or canvases, and when I can physically make it, I do writing where I want, preferably where it creates the greatest problems. I cannot say what I really prefer; I do not care to call myself an artist or a street artist or a writer, I am a person who likes to paint, who paints what he wants when he wants and how he wants. The feelings and the results of these different means are so diverse that they can coexist without problems and I like the confusion this creates in the minds of those who try to label me. At least in this I have no limits.

Curator: Many of today’s Public Art projects are born with the desire to “rehabilitate” city areas, specifically through walls, and artists are chosen to create murals. Do you think art should / could have a function? Do you feel a responsibility in being an artist?

Artist: A friend of mine, one of the good ones, has taught me the difference between Bread and Roses. As a painter I work to create Roses and I try to do this to the best of my ability, depicting stories of ordinary people that are part of the world I live in. I am happy if I can convey emotions to these same people and I think that an artwork can somehow influence the conscience of those who have the desire and time to go deeper. Bread is instead the work done in areas that need to be redeveloped, especially the more difficult ones, and this goes through another kind of work for which I do not have the right skills. 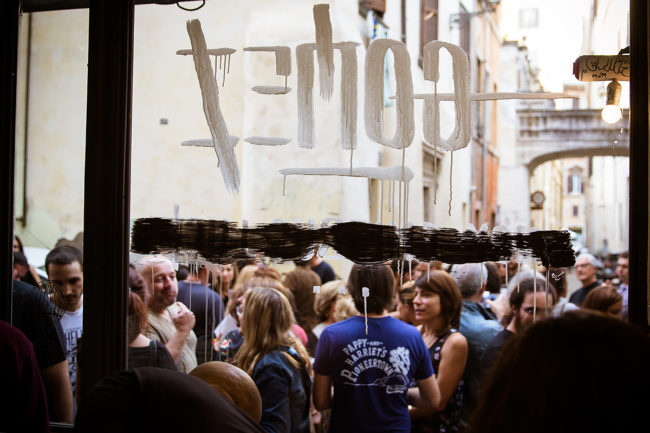 Curator: Myth and reality alternate in your works between past and present (and future?).What is your poetic focus?

Artist: Human beings are always at the centre of my research and my paintings alternate moments of uneasy introspection with lighter circumstances. I often turn my attention towards the marginalized and lonely people, the illegal immigrants, the losers and those who are considered as “wrong” by the system in which we live. Probably since I often found myself amongst them – I have been and am one of them – I have always hated people who easily define what is right or what is wrong. In the past sometimes I got things bit out of hand, but now that I am calmer I realize that to be one of the “wrong” people is great.

Curator: Your works seem to draw inspiration from Baroque paintings. What fascinates you of that era? Are there other artistic movements or authors that play a significant role in your research?

Artist: I come from a Catholic family, and up to when I started to formulate my own thoughts about religion, I went to Mass in one of the most beautiful and busiest churches in Rome: San Luigi dei Francesi. I remember I did not understand how those beautiful images could have been painted; I learned much later the concept of painting, and probably the memory of the emotions those works aroused in me deeply clung to my dormant artistic conscience. Now that it is waking up I spontaneously go in that direction, even if it is old and stubbornly contrary to the flood of recent productions that hide behind “artistic concepts” an embarrassing emptiness of technique, dedication and thought.
Besides Baroque I like the symbolism of Pre-Raphaelites, especially Bouguereau and Waterhouse, with their impeccable style. Amongst the contemporary artists I am totally victim of Roberto Ferri’s boundless talent. 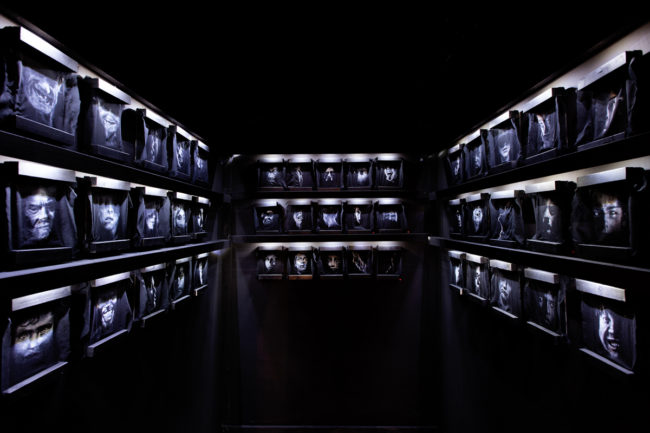 Curator: “Nox Omnibus Lucet” is the title of your first solo exhibition, currently at Galleria Varsi. The paintings you did for the show revolve around your life and in particular to a theme which is dear to you: the night.Tell us what does the night represent for you?

Artist: The night has always been my friend. It was the frame of my stories full of people and what protected me when I needed to escape from those same people. By night I learned to paint, by night I learned to love and by night I met the anger that will not let you sleep. Also by night I walked with freaks, toxic, criminals, virgins and whores, and by night I was showered with noise and I found silence. All these episodes have been the background of my work and I felt compelled to dedicate my first solo show to the night.

Curator: For the exhibition you have painted several nudes and portraits, focusing on a language of the body that can also be the voice of the soul. What do these bodies reveal? What feelings do these faces embody?

Artist: The works are clearly understandable and at the same time misleading; in the extreme aesthetic beauty of the bodies I portrayed, I hid behind roses the thorns of those who struggle to be free from suffering, the wounds that need to be healed and the fears that need to be lived with. There is hell, and there is freedom, there is flesh that seduces, but not in the obvious way of everything all at once. There are all these things and none of them; there is my mild schizophrenia and the vein that I cut so that anyone could look inside me. But now it is late, I am tired and I cannot explain myself any further.