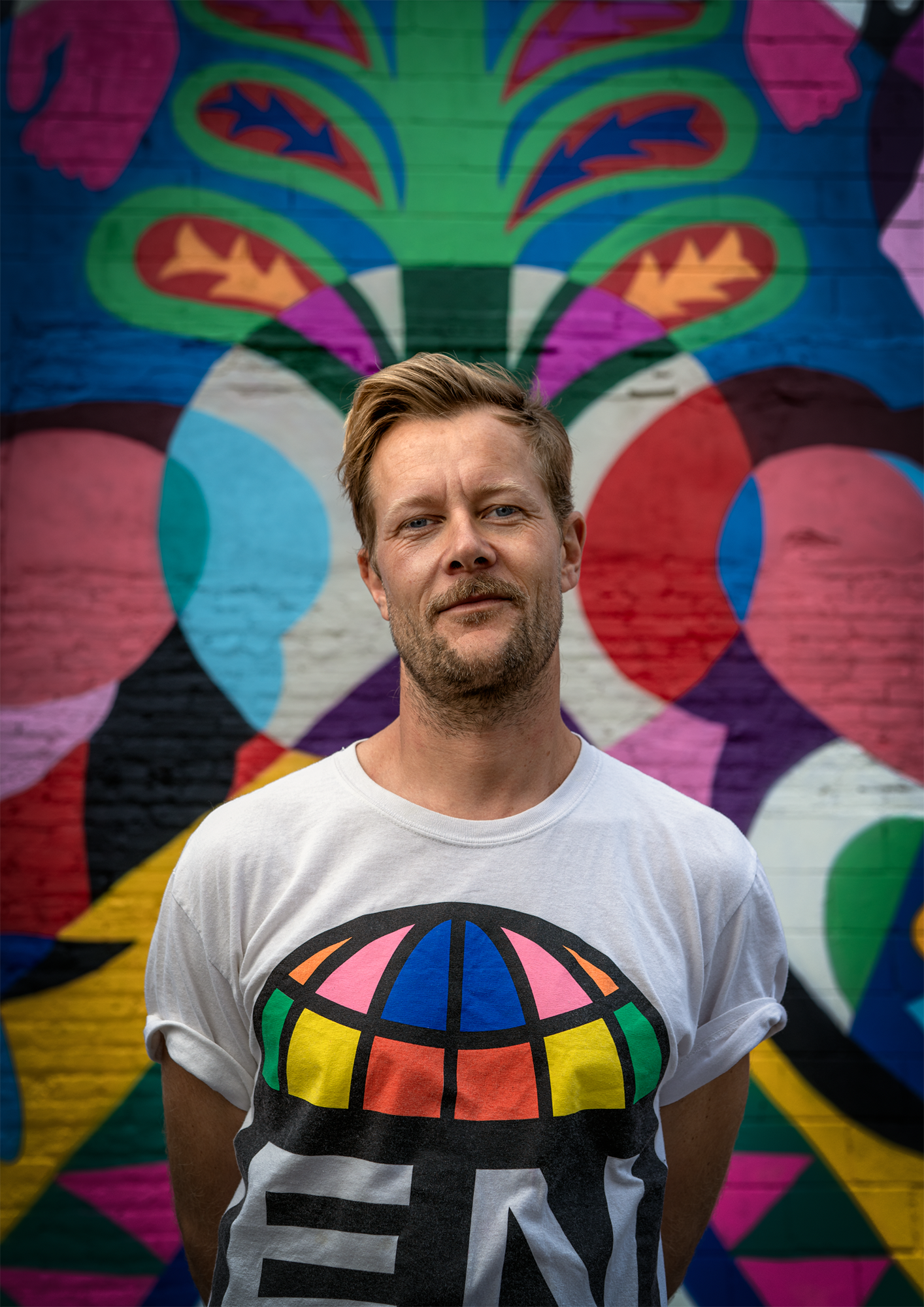 3ttman (pronounce “3 têtes man”) is his alter ego with three heads whom he began painting in the streets of Lille in 1999, according to the artist it depicts the profound complexity of human beings and the different views that arise from one same situation.

The primitive art and its intuitive force particularly fascinate lambert. Multifaceted, he assimilates in his work popular languages to make clear the innate ability of any form of expression to transcend the mundane and become art. By paying special attention to material experimentation, he has innovated with a myriad of technics using cement, silicone, papier maché, oriental ceramics, and a wide range of different formats ranging from painting, sculptures… to large-scale mural work.

To him, creative pleasure is inseparable from the process; he enjoys working and it is directly reflected in his particular style: dynamic, colorful, cheerful and authentic.

His interventions have led him to work with renowned institutions such as the Tate Modern (Street walking tour 2008), El País (ARCO 2012), the Spanish embassy (realization of a mosaic wall 30 meters in Hanoi 2010), the MUVIM (Valencian Museum of the Enlightenment and modernity), and participate in top international mural festivals.