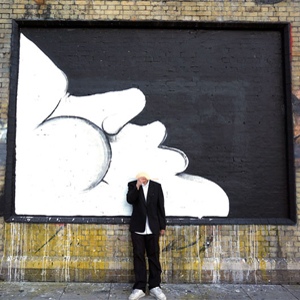 Giacomo Bufarini Run, was born in Ancona in 1979; he has been living and working in London since 2007. He is a self-taught artist who approached early the underground scene through Writing, fascinated by the possibility of expressing himself in a common space with all the freedom the street offers.
His artistic path is characterized by a profound research on sign, which made him study various painting, printing and engraving techniques. His art can be found in several countries including Italy, England, Poland, China, Morocco, Senegal, Russia and Albania.
He has done group exhibitions around the world and two solo exhibitions at the Howard Griffin Gallery in London and Galleria Varsi in Rome. He has participated to several public art projects including the ARTMOSSPHERE Urban Art Biennale in Moscow and the MB6 project for the Biennale of Marrakech, where he was invited to create a painting of 6400 square meters in the main square of the city.
In November 2016 Run published his first monograph book: “Time Traveller Artist Man” (Unicorn Press UK, 2016)