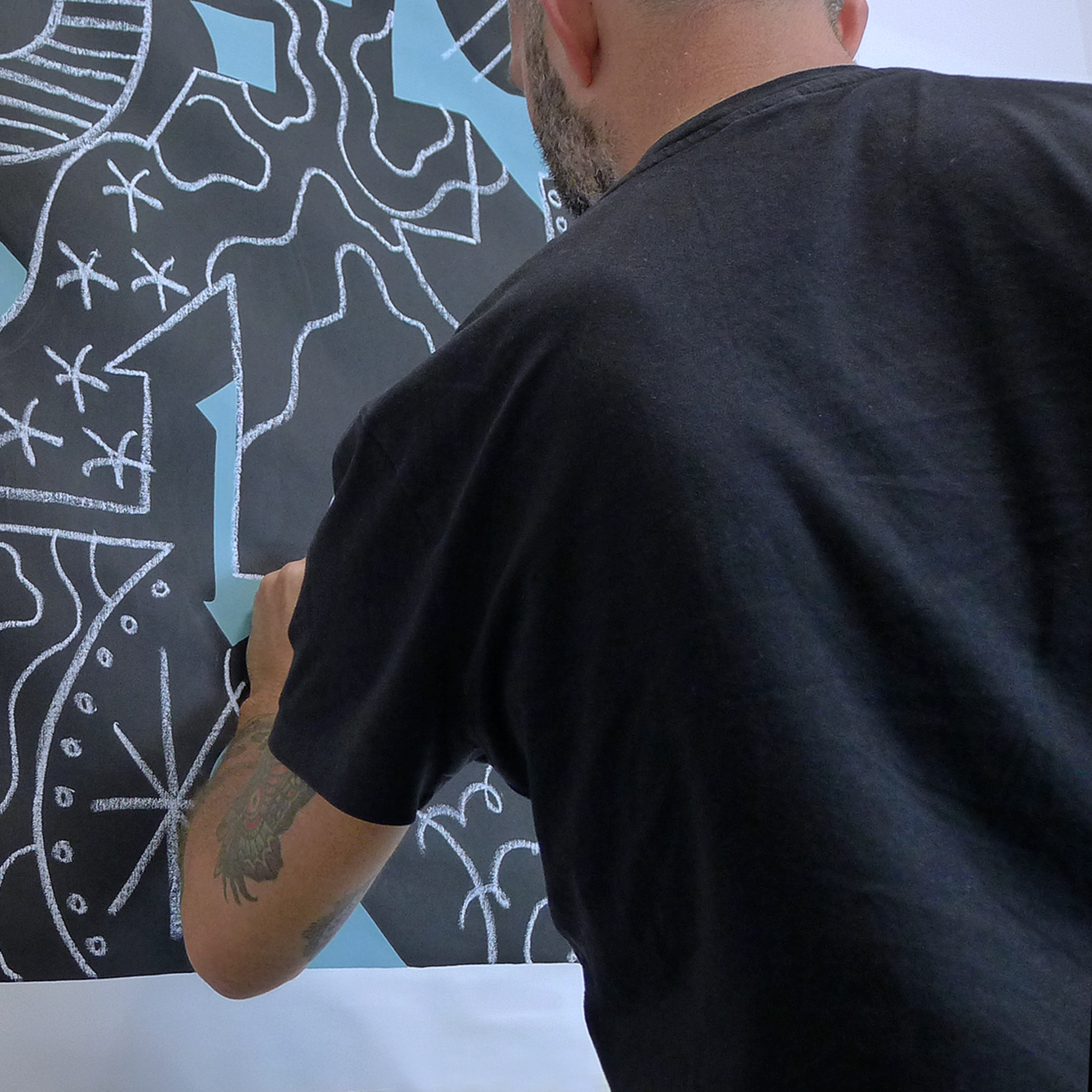 In 1996 he began to move the first steps into the world of writing. In over 20 years of activity, he has created a personal lettering style, contaminated by the New York Graffiti tradition, then reworked and innovated thanks to the interaction with the European scenes.

The continuous experimentation, the encounters with the most important protagonists of the movement, and his many trips have led him to gain a prominent role in the international graffiti writing scene.

His production is influenced by psychedelia, folk art, and the European avant-garde of the early twentieth century. Over the years he has abandoned the use of figurative images to focus his research on shapes and colors.

Today his work in the streets is flanked by the one in the studio, where he highlights some graphic aspects present in his graffiti, creating abstract compositions, which arise from years of study on letters and shapes, through techniques, elements, and peculiar signs.

He has also created and collaborated in several editorial productions on urban culture related to graffiti writing.