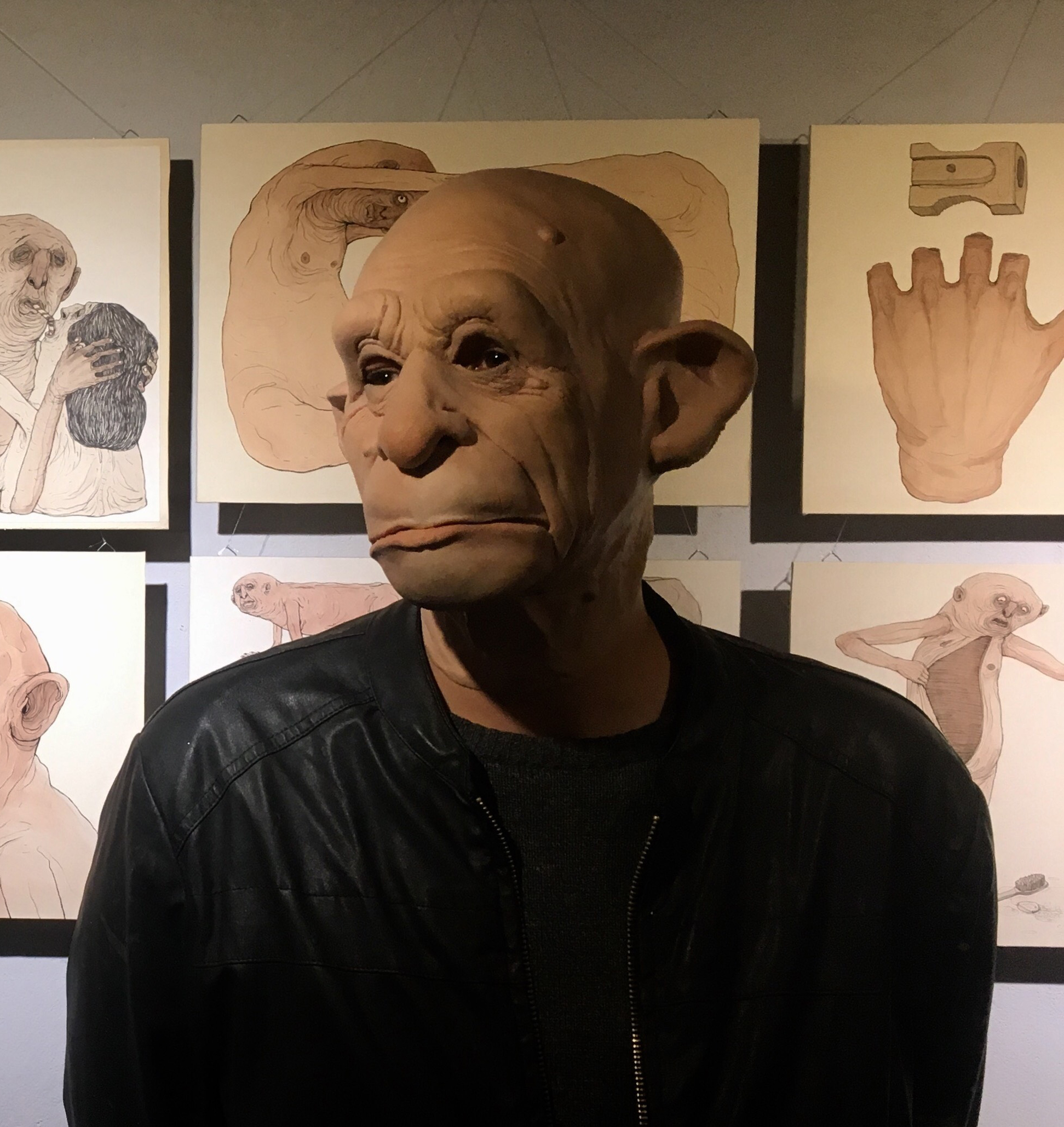 Nemo’s began drawing as a child, later on recognizing this gesture as the most authentic way of expressing himself. In 2002 he started painting walls in abandoned spaces or factories; he then adopted the name of the main character of the book “Little Nemo in Slumberland” by cartoonist Winsor McCay. His first inspiration came from anatomy, biology and the comics books he found at home, together with science fiction movies and dystopian cyberpunk tales of the early 1980s. Since the very beginning he was interested in human beings as “social animals”, which led him to define a prototype of a hominid describing the contradictions of our time: “Naked and devoid of any sign of civilization, the human being shows itself for what it really is: a defenseless creature at the mercy of nature and of itself without hierarchical structures, whose only purpose is to survive”. In a balance between wonder and repulsion, Nemo’s thus describes contemporary society and tries to give a name to what surrounds him.

Nemo’s art can be appreciated in numerous countries worldwide (Latin America, United States, India, Africa and Europe). His work is rich with social meanings and deals with realities that are usually marginalized, such as suburbia and prisons.

Between 2016 and 2017 he published two books with the Italian publisher Logos. The first one is a collection of drawings, and the second one deals with the lack of water issue around the world.