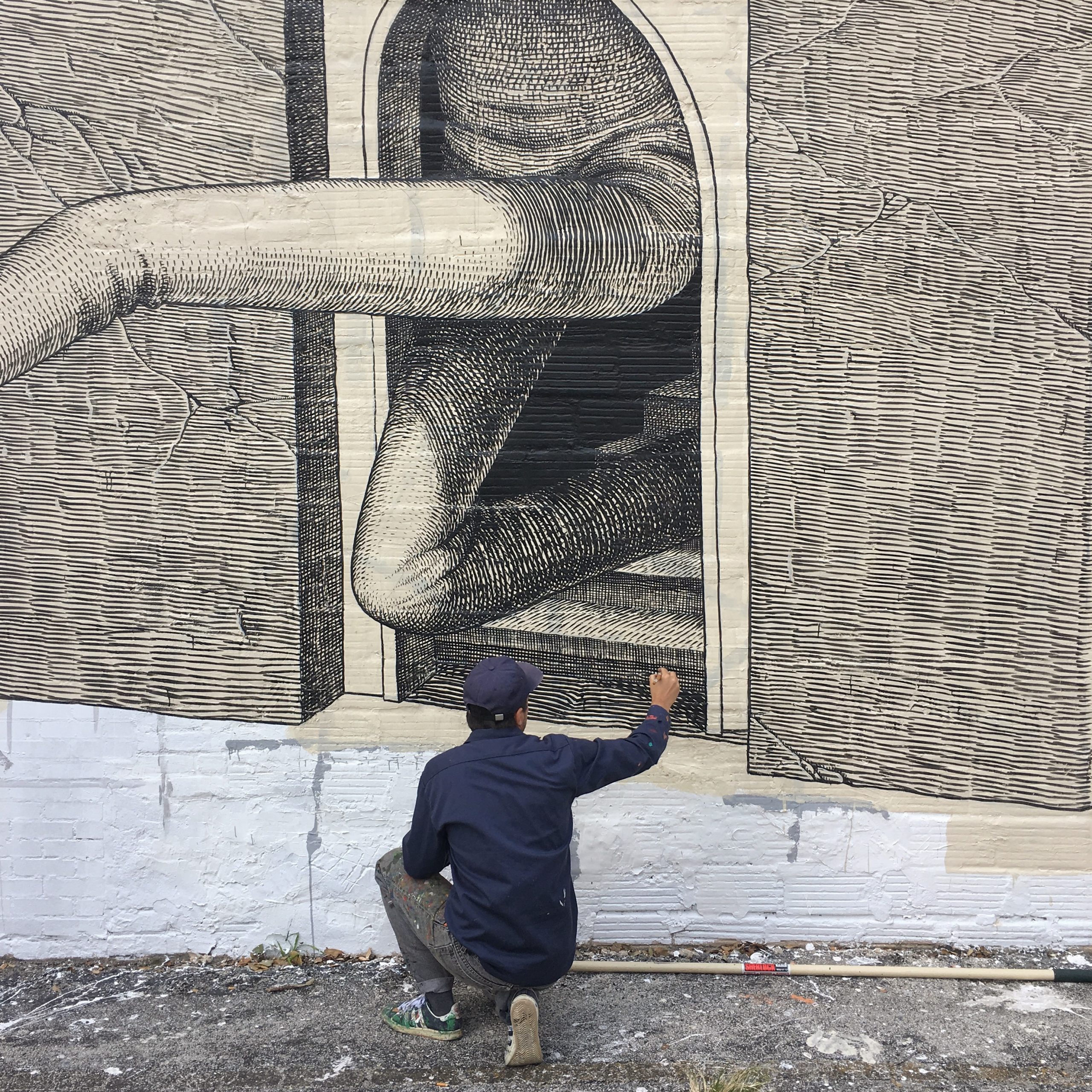 Waone was born in 1981 near Kiev. Self-taught but raised in a family of art lovers – his father was an art lover and collector of orthodox icons – at an early age the artist revealed a true passion for drawing.

His name Vavan comes from post soviet 90’s, popular short friendly version of Vladimir, but has been transcribed into the English Wa-One, with a wink at the urban culture of rap and graffiti.

Waone made his debut in Kiev in 1999 as a graffiti artist, but already in 2003 he got bored of lettering and went to next level of public art – visual storytelling. Together with Aec they developed their recognisable style, with whom they translate images from the unconscious into very colorful tales full of references to science fiction and numerology, cosmology and folklore, myth and magic. In 2005 guys formed the duo Intersni Kazki, . In a span of little more than ten years, the two made large murals in Europe, Russia, India, Mexico and the United States.

When the duo split in 2016, Vladimir began to develop a language based on an elegant and finely detailed linear approach. After the making of Matter: Changing States, a large mural done at Kerala, in India, black and white became one of the earmarks of his style, though in parallel he continues to paint with a palette of bright colors.