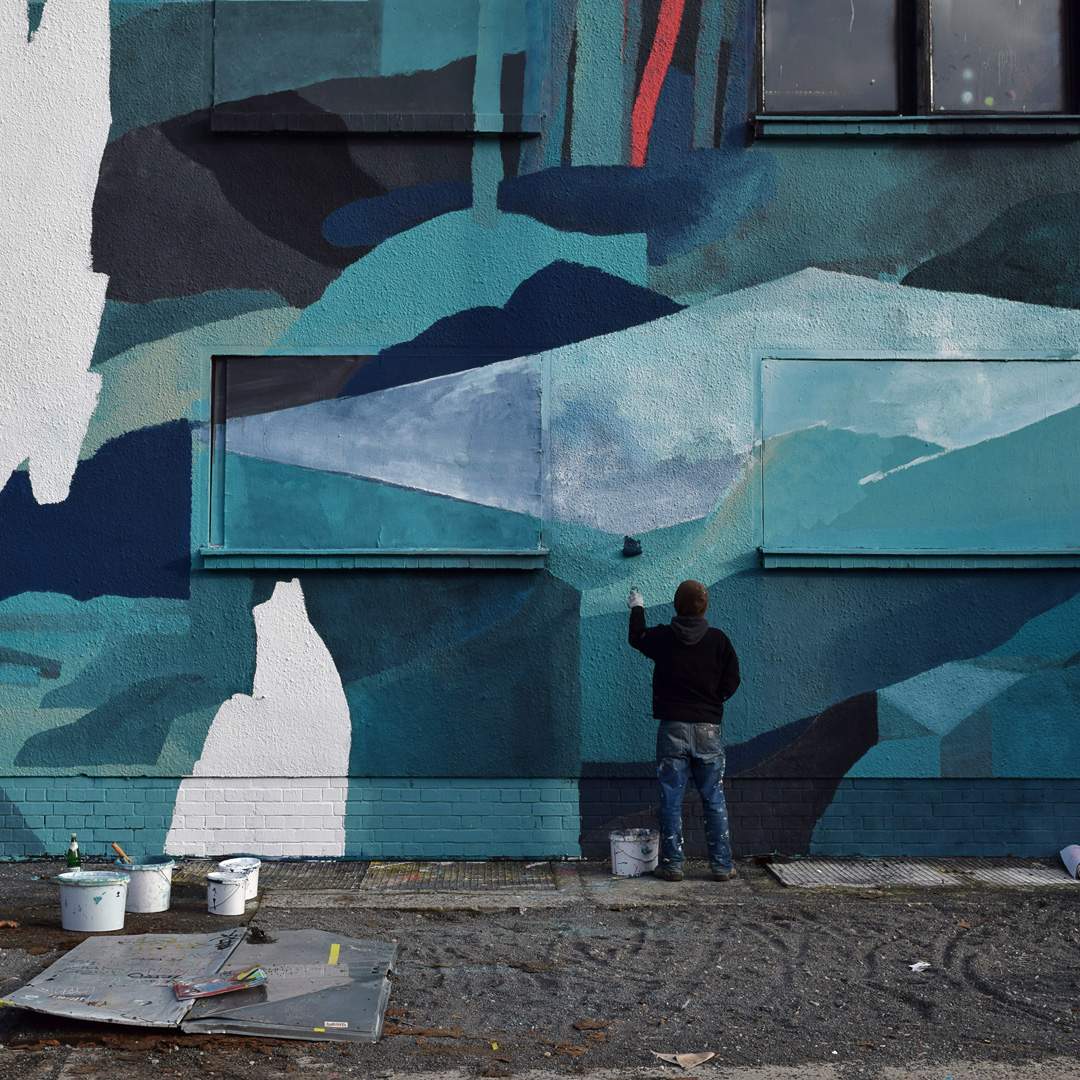 Johannes Mundinger was born 1982 in Offenburg, Germany, and is based in Berlin.

His work often refers to its certain environment or certain places, dealing with the historical or social context or playing aesthetically with given elements and atmospheres, that are used as a base from where the motive is developed.

He graduated from Münster School of Design, and also studied at the Academy of Fine Arts, Brussels.

He has exhibited with institutions and galleries, such as the Kunstverein Freiburg, Museum Kunsthalle Wilhelmshaven, Germany or Winzavod Center for Contemporary Art, Moscow. He had his first institutional solo exhibitions at Kunstverein Offenburg in 2017 and at Yeoju Museum, Korea, 2020.

Together with Sophia Hirsch, he won the jury prize of the Berliner Kunstverein, in 2013.

He is enjoying a study grant of Urban Spree gallery, Berlin.

Mundinger was invited as artist in Residence to Israel, South Korea, or Serbia. His murals can be found in many European cities, but also in Mexico City, Jerusalem, or Atlantic City.