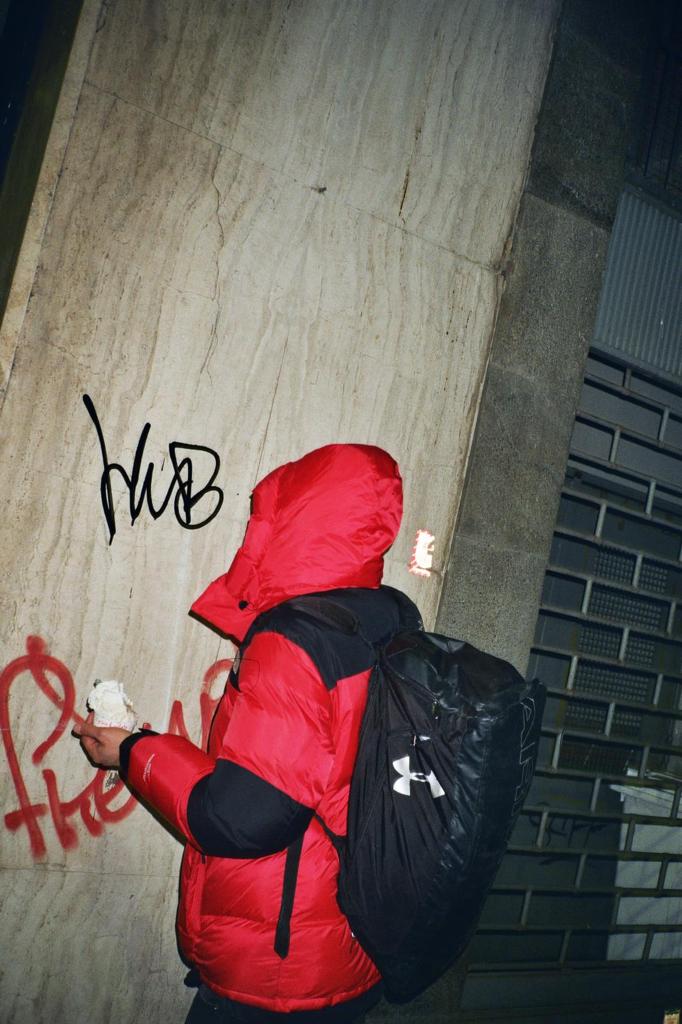 Marco Ubertini (HUBE) was born in Rome in 1982. He participated in and witnessed the birth and growth of the main metropolitan subcultures that developed in Rome and Italy between the nineties and the early 2000s.

He went through the birth of the rave movement in Italy, the explosion of writing art, and youth protests of those years.

He played as a writer in the Savage Boys Crew distinguishing himself as one of the most active and present strikers of his generation.

In the following years, he started his path in the world of music, and he found, together with Lucci, Coez, Nicco, and Franz, the collective “Brokenspeakers”, which has written a very important page of the Roman and national rap underground.

In 2020 he published the book “33”, telling his story through a set of short, raw, and poetic stories that start from childhood and go through harsh and ruthless adolescence, up to the moment of redemption.

Writing is again a fundamental element of this path, as a primordial form of affirmation but above all of the attachment to life.