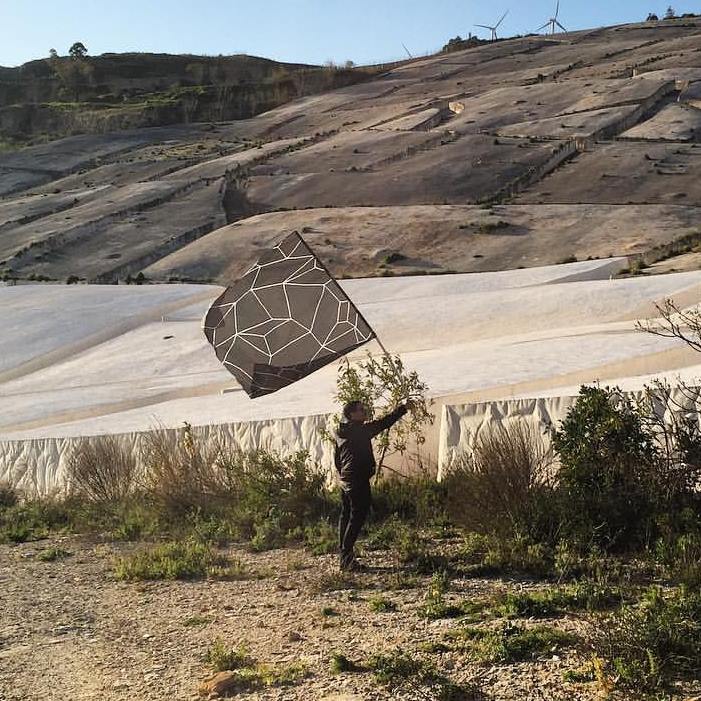 Andreco was born in Rome in 1978. He studied Sciences and obtained a PhD in Environmental Engineering, followed by a post doctorate on the sustainable management of resources in different climatic conditions, which he carried out between the University of Bologna and Columbia University in New York.

Andreco’s interest in environmental issues has always been connected to art, and his scientific studies are the basis for an original aesthetic language, aimed at generating symbols that can relate his perception of today’s environmental crisis.

Andreco investigates the relationship between man and nature, urban space and natural landscape, with a multidisciplinary approach expressed through installations, performances, videos, wall paintings, sculptures and participatory art projects in public spaces that have generated a major impact on the territory. One of his main projects is: “The Climate Art Project”, a research on the causes and consequences of climate changes.

Andreco’s works have been exhibited in institutional artistic events, museums and galleries all over the world, including the Venice Architecture Biennale (2018), the Milan Triennale (2018), the London Saatchi Gallery (2017), the Center for the Contemporary Art Luigi Pecci of Prato (2017), the MACRO of Rome (2013).

He has won the Special Prize in “Talent Prize 2017” at the Macro Museum in Rome and in 2016 he was the winner of Jazzi, the competition on ideas for rural regeneration.