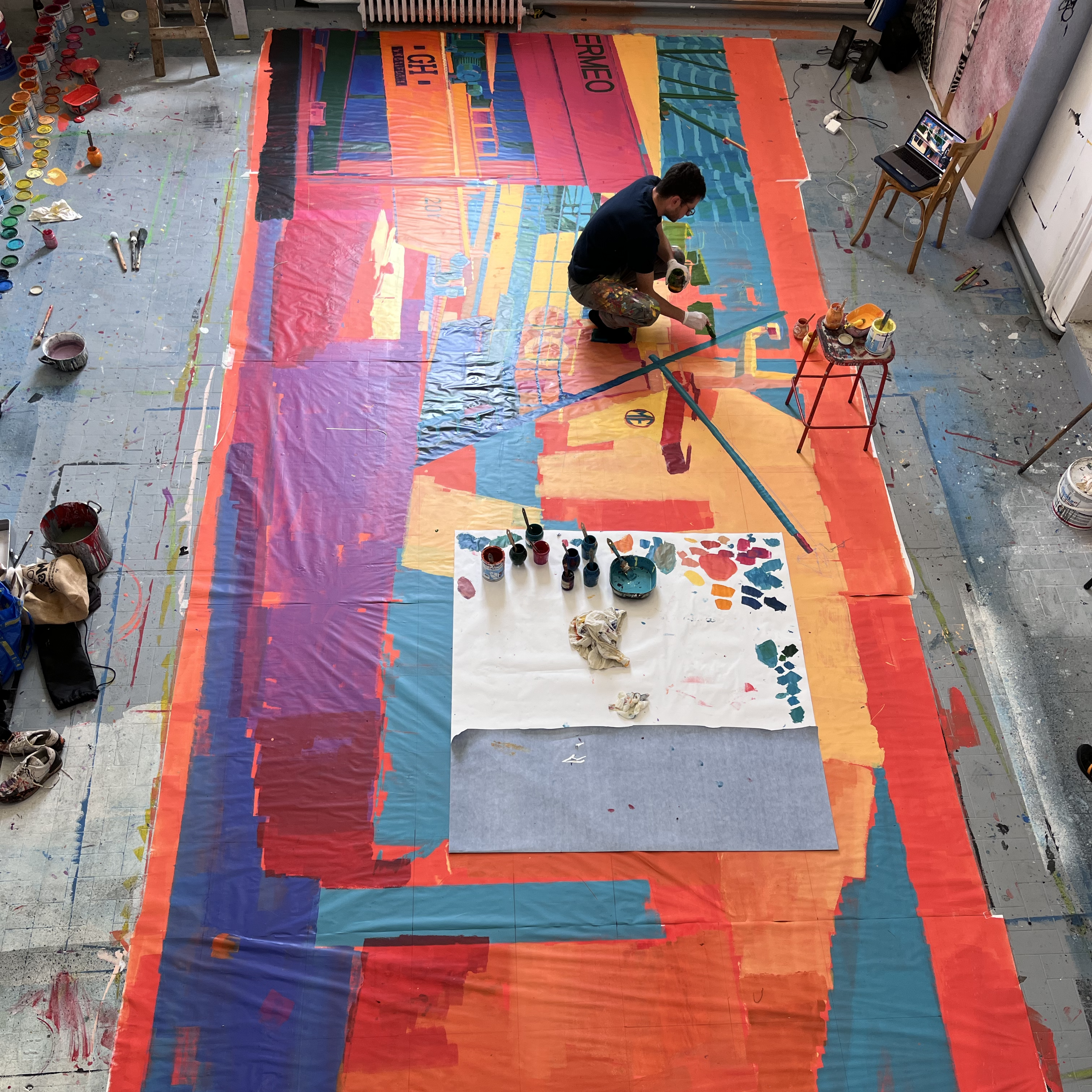 As a passionate illustrator,  he then began to naturally turn his attention to applied arts, in addition to his assiduous practice of graffiti. Gradually he will leave the aerosol for acrylic paint and oil, which will grant him greater control of the colors and their interaction.

His painting begins to become mainly figurative. He paints a colorful but disenchanted world.  Dreamlike and ordinary. Fictional and effective.A world where characters, objects, constructions, species, and elements are only floating, careless and absurd presences (whose existence is superfluous, not justified by an end).

Placing himself as a distant observer, he paints the artificial and the accessory, deflecting reality to avoid voidness and meaninglessness. While having a narrative dimension, Velvet selects, interprets, and tries to appropriate what the time allows him to document, creating compositions that also tell his personal story.

Author of numerous large-scale murals and exhibitions in France and abroad, he now lives and works in Bordeaux.