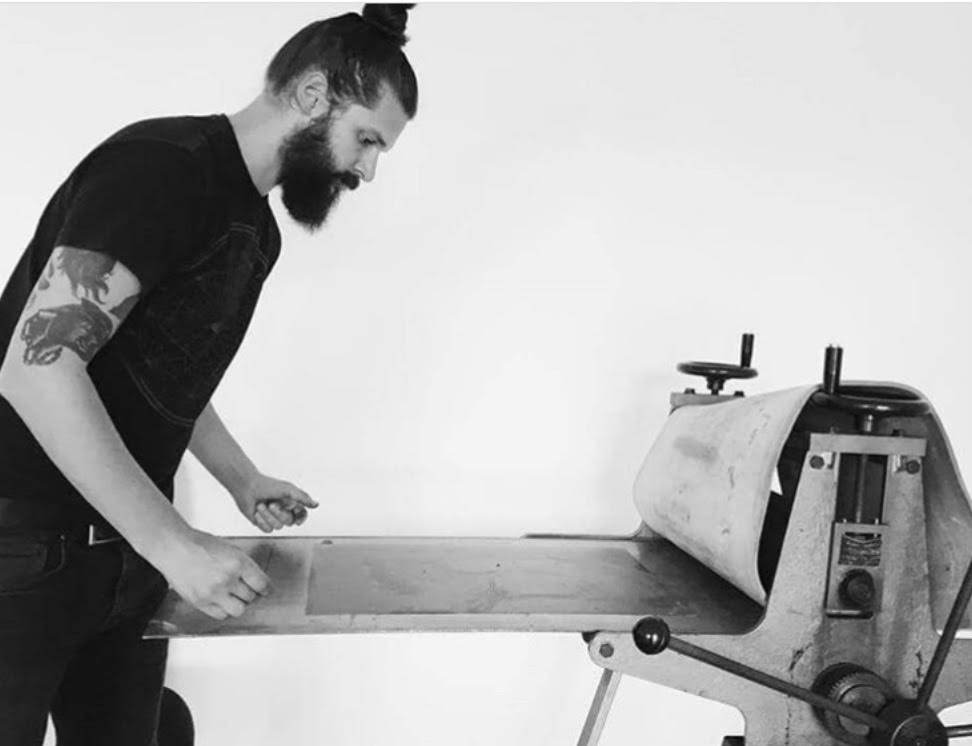 Alberto Brunello was born in Thiene (VI) in 1985. Alongside his language studies, his artistic career follows an evolution that starts from graffiti to led to illustration and finally to print and painting. In 2015 he approaches linoleum and wood engraveing and then he follows a chalcography course with the master Giongo at the Mart of Rovereto (IT). In 2014 he takes part in the collective Filler, with whom he collaborated for the organization of the European-known illustration convention in Milan. From 2015 he travels around Europe with the artistic-sonorous performance “Body of Reverbs” by Michele Servadio, an experimental project in which tattoo, sound and ritual artistic practices blend together.

In 2016 he founds “Maniera Scura”, an experimental engraving and photographic print workshop, together with the artists Bòiter and Servadio.

At the same time, with his solo project HEXN, he produces electronic and psychedelic music.