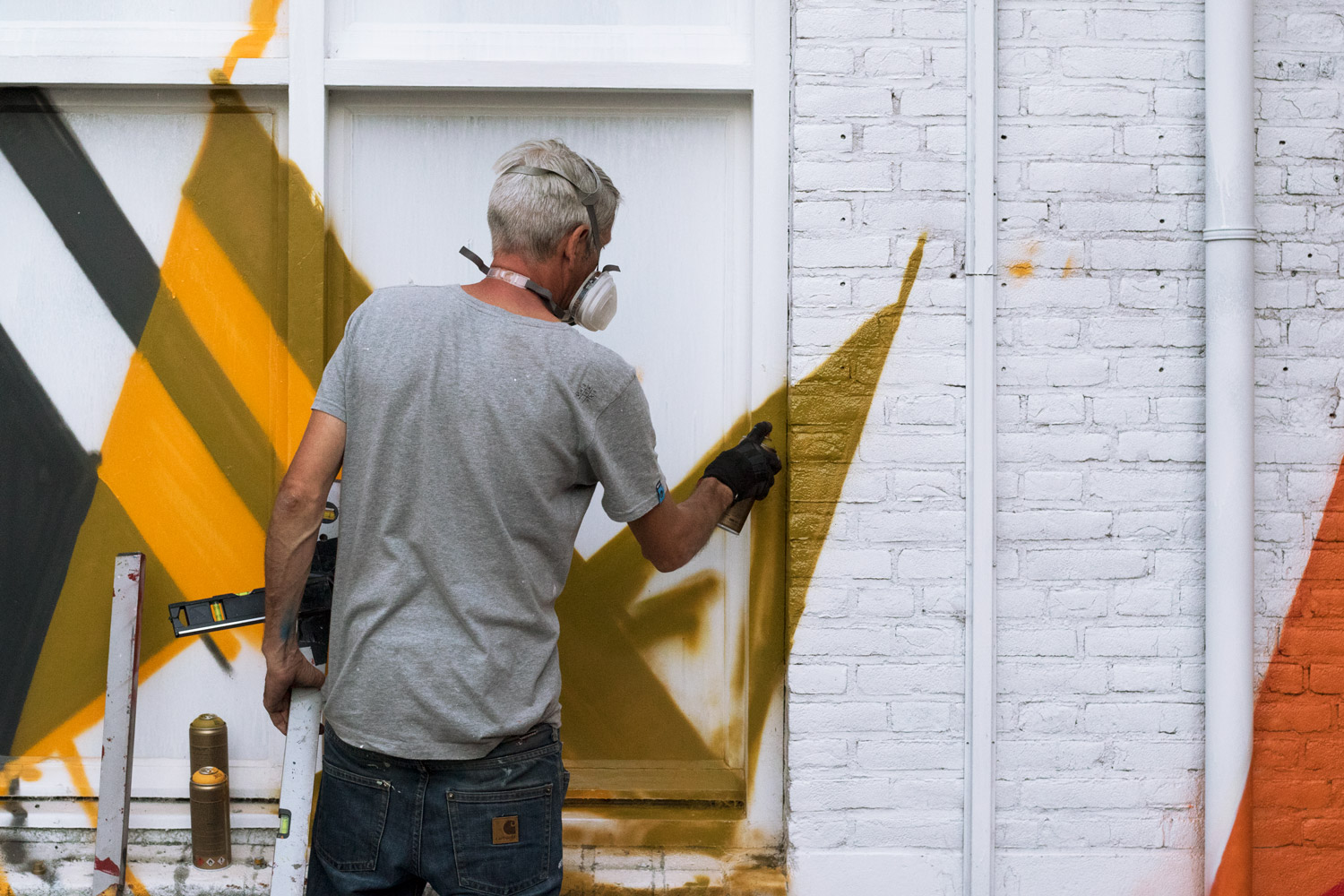 After finishing high school and making graffiti in the public space for several years Zedz starts study at the Gerrit Rietveld Art Academy in Amsterdam and graduates in 1998. Since then he works as an independent artist/designer. Zedz’s work mainly consists of abstracted typography, the dimensional approach and style of lettering could be considered his artistic signature. By interfering in public space with huge mural paintings and his recent installation works involving the audience as an integral parto of his work, his work is getting more and more socially engaged.

Zedz, also known as Ronald van der Voet, is making graffiti since the mid eighties and his current work is in its essence still strongly related to the pure format of “writing culture” and graffiti while at the same time it is researching and exploring new ways and formats. Whilst not losing touch with some key graffiti principles the work is pushing and pulling the boundaries, crossing over and turning limitations into advantages, generating new thoughts and ideas concerning the topic of expressive lettering and the way we use the urban landscape and take our surroundings for granted.

The collaboration with MU (Maurer United Architects) 1999-2002 is a good example of Zedz’s more unconventional approach and research methods, and shows how zeds’s work walks a thin line between for instance graffiti and architecture. The experimental collaboration resulted in several proposal for “graffiti architecture” which is actually an invention made un in this creative process. In the later stadium this early research resulted also into a series of – temporary – monumental sculptures in the public space functioning as street forniture. the works could be best described as crossover between graffiti and its dimensional environment (architecture) and by creating these works it seems Zedz is exchanging spray cans for building materials which is in some sense also the direction he chooses in his more illustrative studies and studio works.

Since his studies at the Academy of Fine Arts Zedz is working n the public space (outdoors) and is exposing work to the public through a more or less underground scene as well as through a more established exhibition/gallery scene.

The public installations have appeared on several occasions in diverse European cities and smaller communities (Tunis, Prague, Rome, Manchester). Fields of Zedz’s interest are architecture, design, street art and graffiti, public space, philosophy, fashion, robots, the relation between design and physical experiences, interaction design and interaction between different disciplines. The motivation for creating his work is to research his topics in depth and share knowledge.