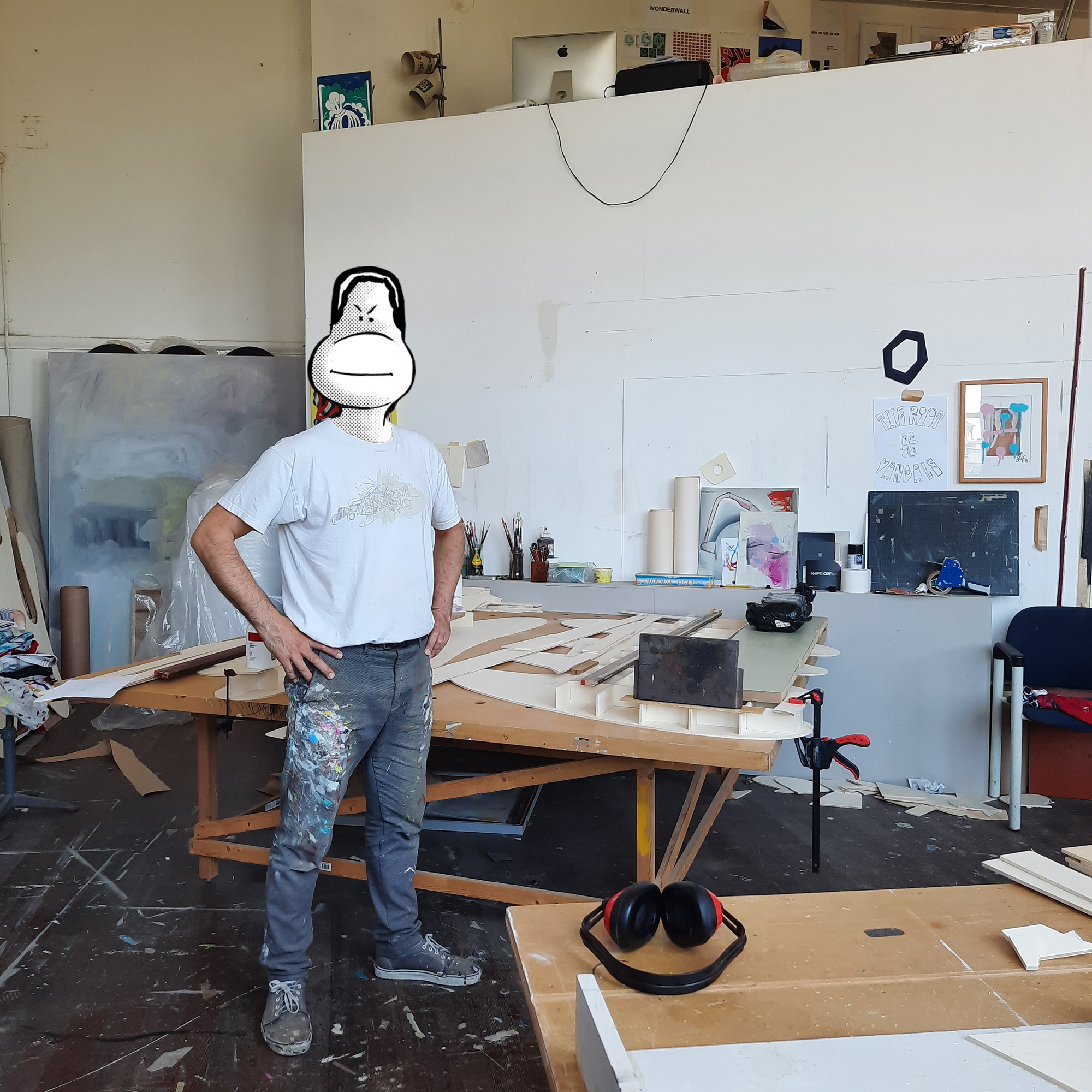 Born in 1974, Stefano Pane Monfeli (often referred to as PANE) is a visual artist and graphic designer.

He studied at the Instituto Statale d’Arte and the Accademia di Belle Arti in Rome.

At first, he is passionate about comic books and graphic design, then he becomes one of the most known Italian graffiti writers and these experiences became the basis of his artistic journey.

At the beginning of his career as well as for Graffiti, Pane drew attention for his interventions on refrigerators in the streets of Rome, he painted and arranged illegally dumped furniture to create outdoor installations. He was subsequently invited to exhibit his works in institutions, museums, and galleries in Rome, Paris, and Amsterdam.

PANE is one of the co-founders of the Why Style Collective; born in early 2000 the group has focused its attention on exploring contemporary urban life with its on-site installations and choreographic outdoor photography that often including skateboarding actions.

PANE has published two international books, ”Just Push The Button” in 2001, a book that tells the development of Graffiti Writing in Rome, and a biographical volume, “People Think I’m Cool – The Life And Art Of Pane” in 2011.

His work ranges from paintings and drawings to prints, sculptures and installations, Pane is a multidisciplinary artist.