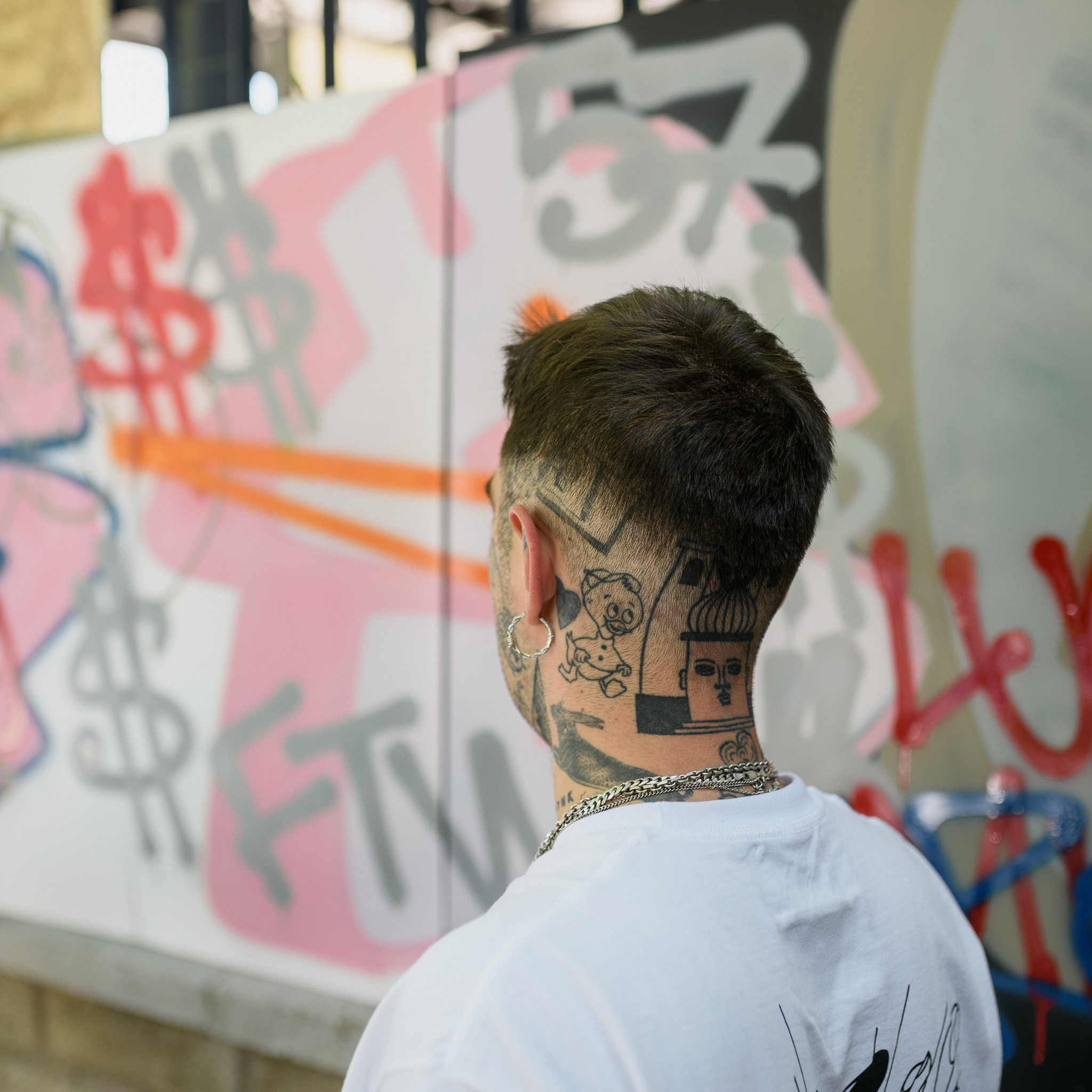 Get to know Luca Lugosis, the artist behind LUGOSIS MILANO.

Some refer to him as “Enfant perdu” and the tattoo on his face makes it clear.

No wonder, LUGOSIS started drawing before he was even able to speak. Everywhere and whenever there was time, he would work on his creations without even looking up.

Using the walls of his family’s home in Italy as canvases, these walls quickly turned to be the facades of big cities. Losing himself in his drawings and later in the streets, like a stray dog at night, the now Berlin Based artist left his nest and is mostly traveling around the world.

Nevertheless, Milan played a major role in evolving into who LUGOSIS is today.

The streets, the walls, the trains, and the people which connect him to the Italian metropole led the all-rounder to be one of the most eligible underground artists Europe has to oﬀer.

The cartoons he draws may seem childish and playful, but you might want to take a closer look. The way LUGOSIS transforms his thoughts and perception of the world into illustrations might make you lose your breath.

Inspired by diﬀerent characters, the weirdos and the misﬁts, the artist recognizes beauty in the unusual. He’s is expressing his own reality, through a variety of creative approaches. From graﬃti to tattooing, he is not trying to judge but to understand.

After collaborating with different kinds of Streetwear brands, from “garage screen printers” to the “big players“, every project he involved in, was celebrated by many. It was only a question of time for LUGOSIS to bring his work to another level and create something on his own.