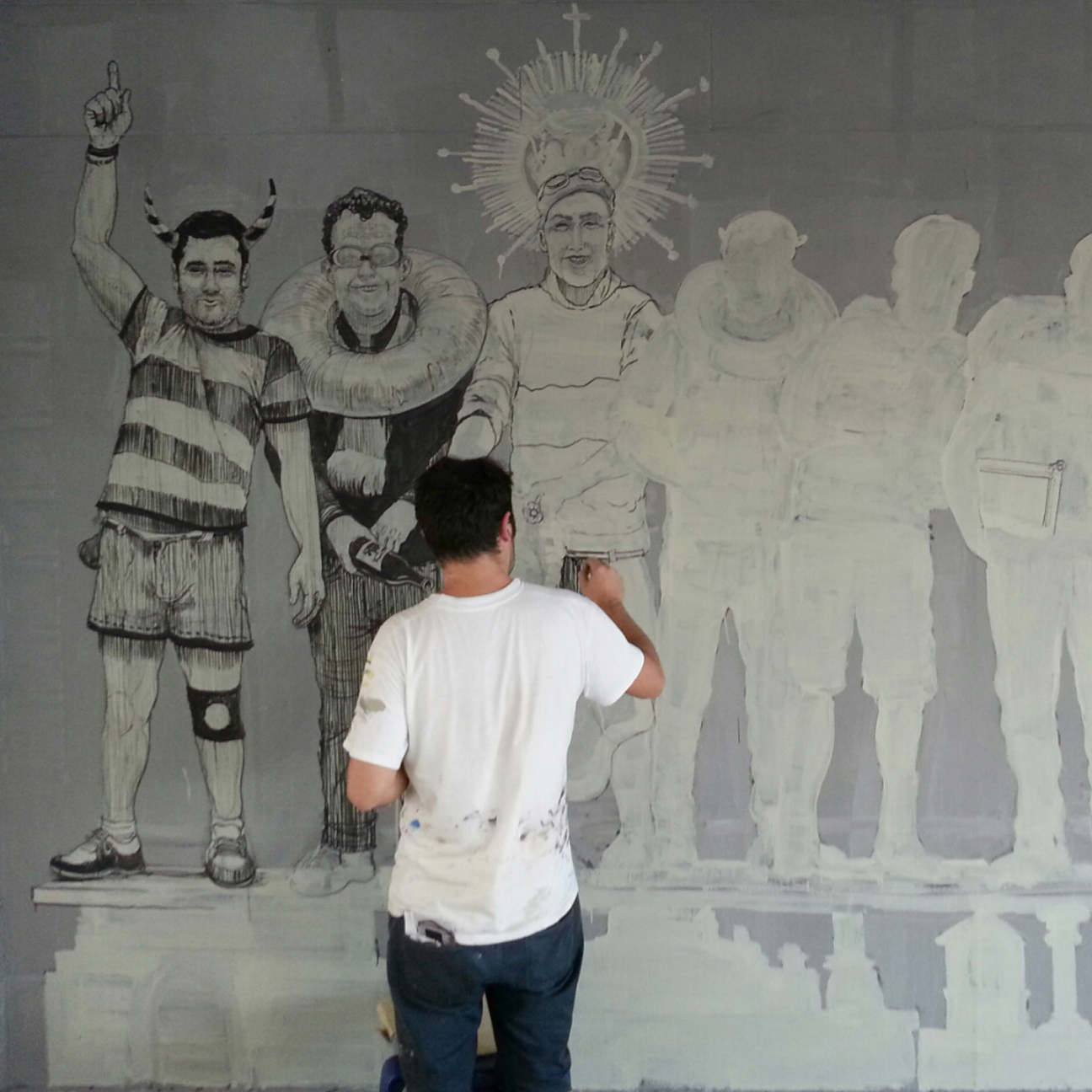 The artistic career of Daniel Muñoz – SAN began in the early ‘90s when he began to paint on the walls of his hometown. After years of self-taught experimentations mostly dedicated to wall paintings, he moved to Madrid where he majored in Fine Arts at the Complutense University.

Parallel to his university studies he started his first exhibitions and his first works of Public Art in cultural events in many cities throughout Spain and Europe. It is at this moment that his aesthetic research evolves towards a figurative design that becomes his privileged means of artistic expression.
His works stem from the desire to establish a direct dialogue with the viewer and to speak to as many people as possible, without socio-cultural discrimination. For this reason he chooses to express himself in common spaces with a recognizable technique of representation.

His poetic messages are formed by symbols and codes that suggest a careful interpretation between the typical narrative of classical paintings and the sociological discourses of contemporary art. His works lead us to multiple and ambiguous interpretations, although he relates stories and daily anecdotes based on common stereotypes.

In the past few years he has presented numerous solo and group exhibitions and created Public Art works in several countries in Europe, North America, South America, Asia and the Middle East. His works have been exhibited in renowned exhibition spaces such as the Galería Luis Adelantado (Valencia), the BACC Museum (Bangkok), the CEART (Fuenlabrada) and the Jordan National Gallery of Fine Arts (Amman, Jordan), and published in several prestigious books and catalogs.