For the exhibition you have chosen to describe the period of your life between 8 and 16 years old. Can you tell us why you made this choice and the life experiences of that period that you want to express in the show?

A: I guess this is an important period of development in life and one when we learn the most; it also seems that this period of childhood is often the most nostalgic for people. 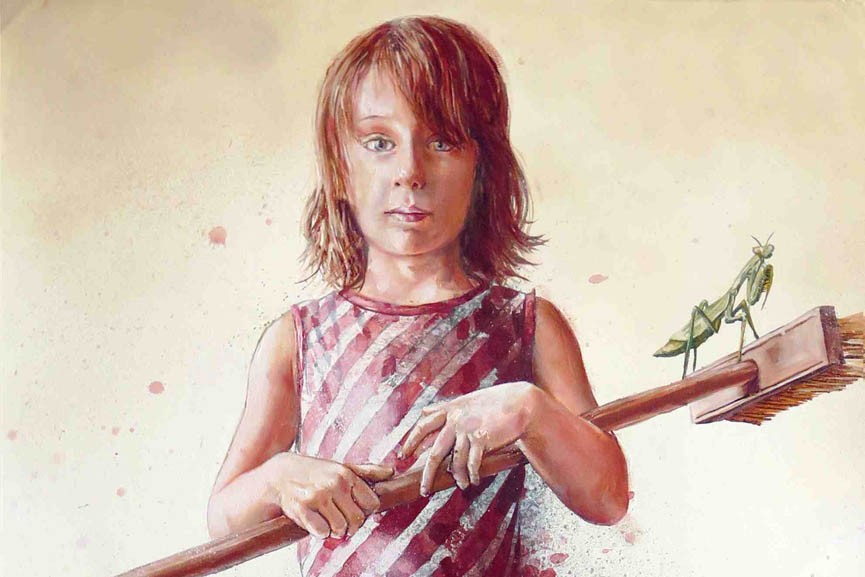 Children often appear in your artworks and you frequently choose to tell "stories" from their point of view, as you do also in this exhibition. Can you explain the reason for this? 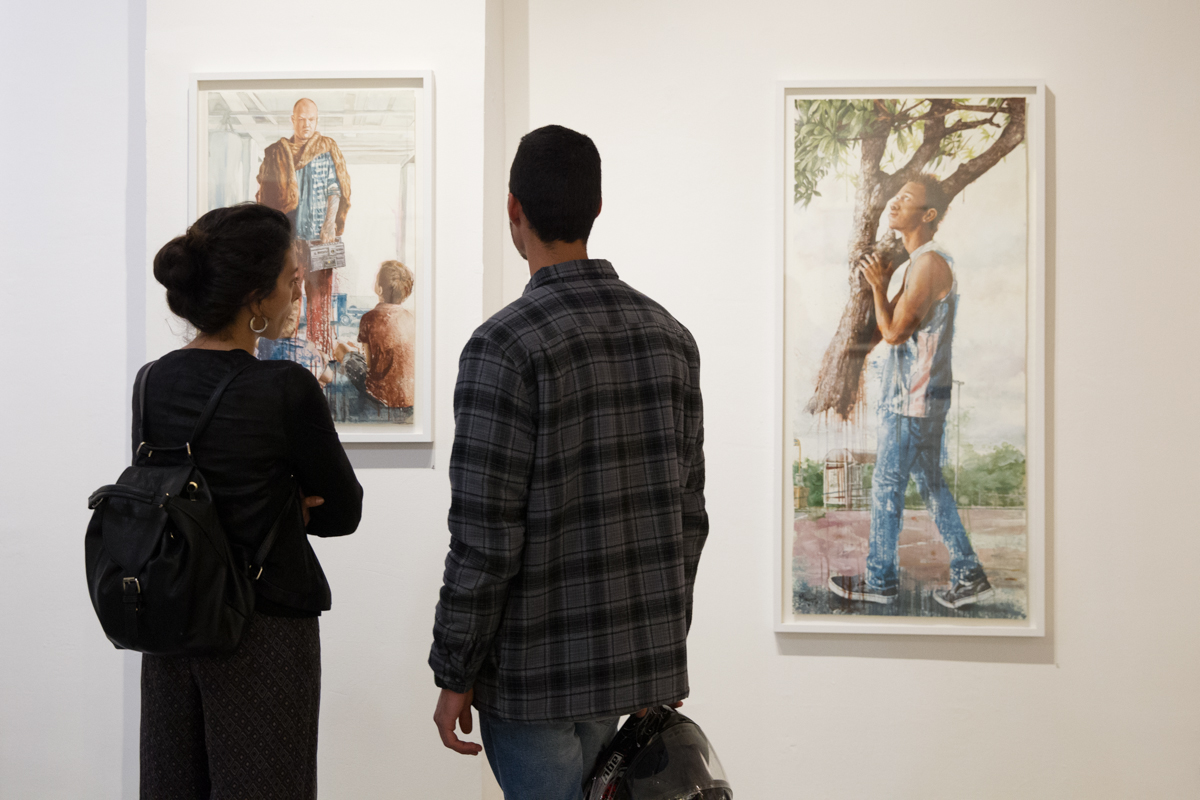 The key themes of the exhibition are multiculturalism, migration and racism. You had direct experience of these issues: what is your vision on these matters and what was it as a child? Tell us about the background in which you grew up, your "cultural backwater” and how it has changed today?

A: I grew up in the West End suburb of Brisbane. It was an interesting area to grow up in; it was a very diverse neighborhood both racially and economically. Most of the kids were very much from middle class households, but there were others that were definitely below the poverty line, others were from working class families or single mothers etc. The demographics were also very diverse; we had many Greek and Italian families, a large population of Vietnamese refugees, some African refugees. There were also many Aboriginal, Maori, Filipino, Indian, Korean, Pakistani kids in
our circle of friends. So growing up I learned a lot about basic understanding and empathy for other cultures.
The “Backwater” is a term used in Australia that is used to describe an area that is void of culture. Most Australians refer to Brisbane as a giant “backwater”; it’s a label that been applied to the city by people from Melbourne and Sydney in particular who view it as an uncivilized, unsophisticated and un-cultured place. Many people from my city are labeled as “bogans” an Australia term for a Redneck or Hillbilly.
So this was a label working class and middle-class people from Brisbane always grew up with, regardless of what your background was.
I guess the West End area has changed now because it has become increasingly gentrified in the last 10 years and more of the lower socio-economic families have moved to cheaper suburbs further away from the city center.

You appear to have solid roots in your country, and you often deal with themes related to it. What is your relationship with Brisbane and more in general with Australia?

A: I always loved how the Latin-American street artists and muralists embraced or at least appropriated local culture and issues of there own national politics or identity. I guess I just wanted to do something similar and the only environment I know well enough is my own. There has always been a cultural cringe for White Australians and some artists tend to look to other countries like Britain or the US for influence, inspiration and identity, I think this needs to be challenged more often. 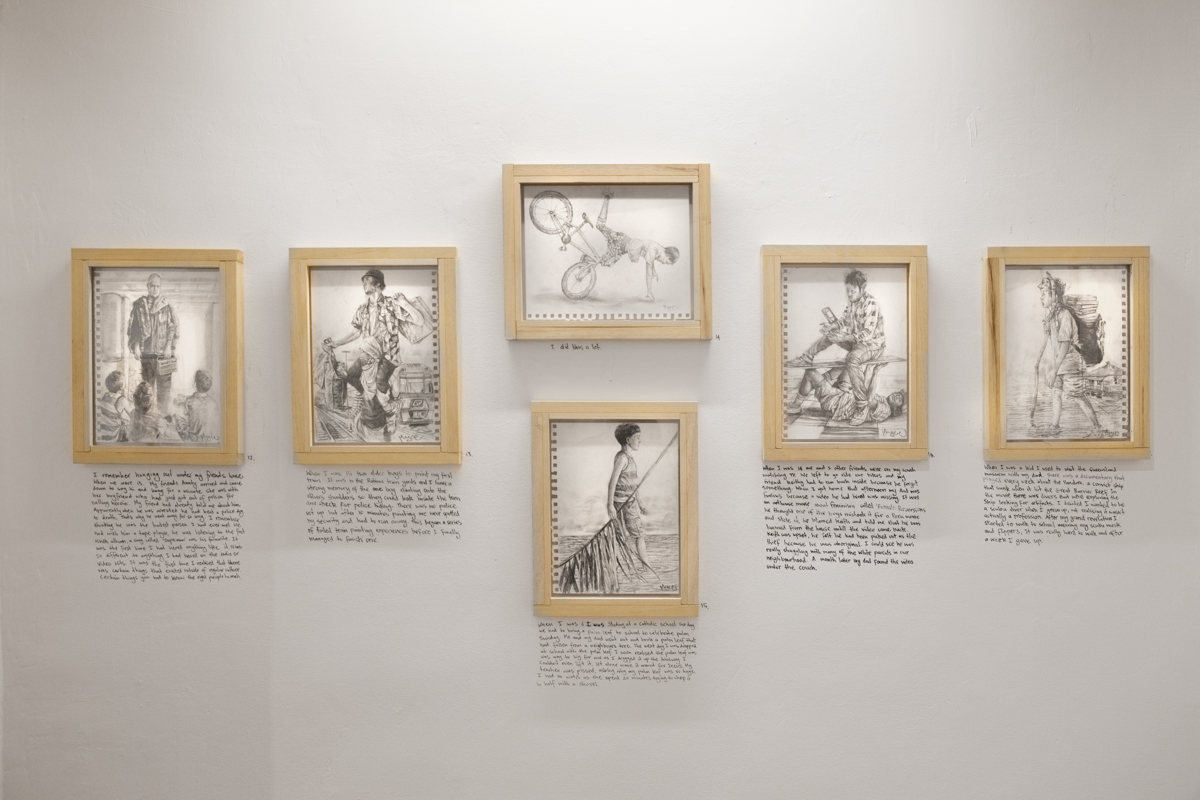 In the exhibition at Galleria Varsi the installation with the child falling off his bicycle will play an important role. Falling from a bicycle is a collective experience that unites us all, almost an initiation that all children have to go through. What is the exact meaning and metaphor for this work?

A: For me it’s a pretty universal symbol for the learning experience in childhood and one that everyone has experienced. You pretty much described it perfectly in the question. 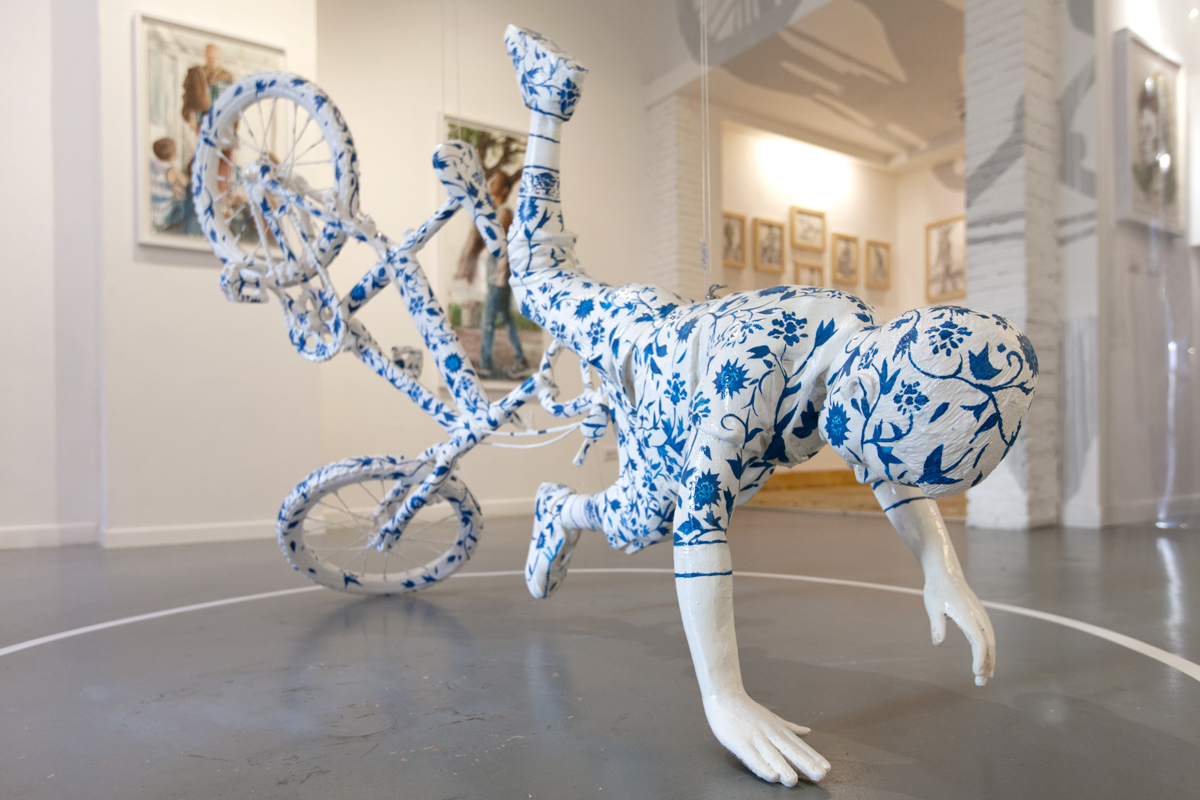 In your works you often start from a personal experience to send out a universal message. What do you want to communicate to people who will visit the gallery?

A: Everyone has a story worth telling. Be tolerant and understanding of others. 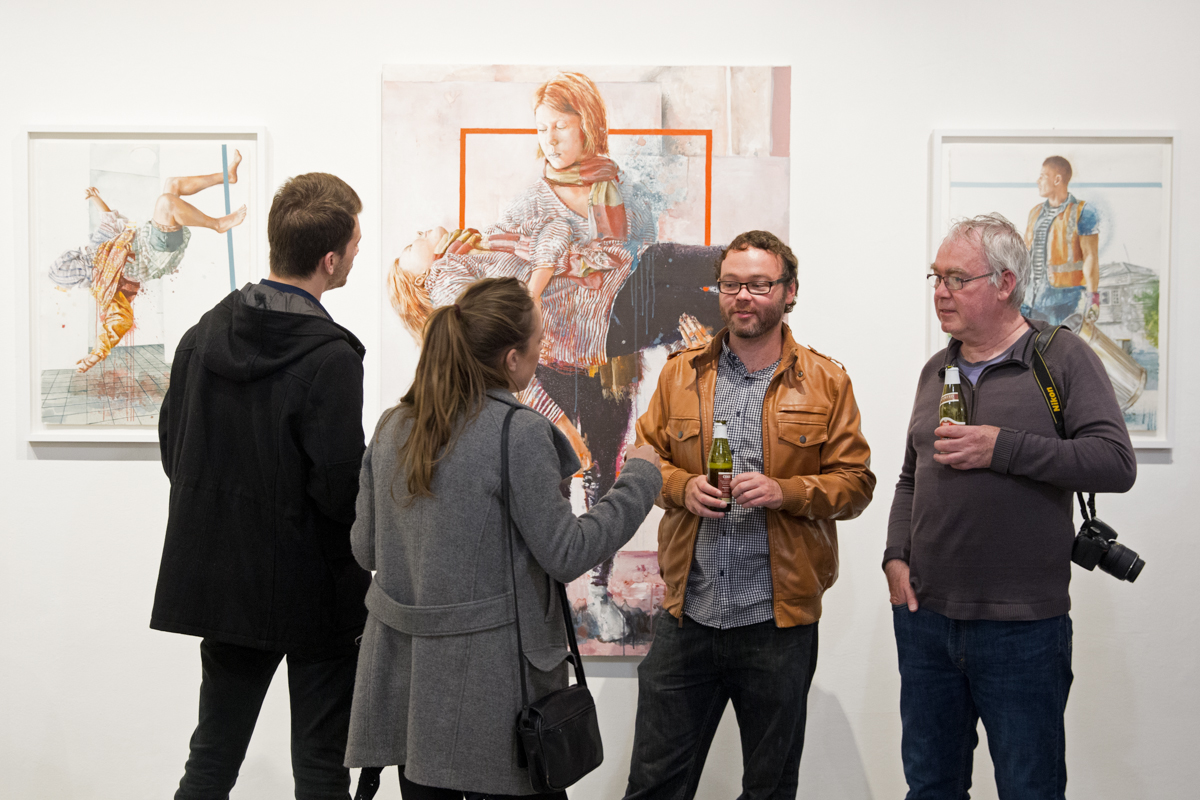 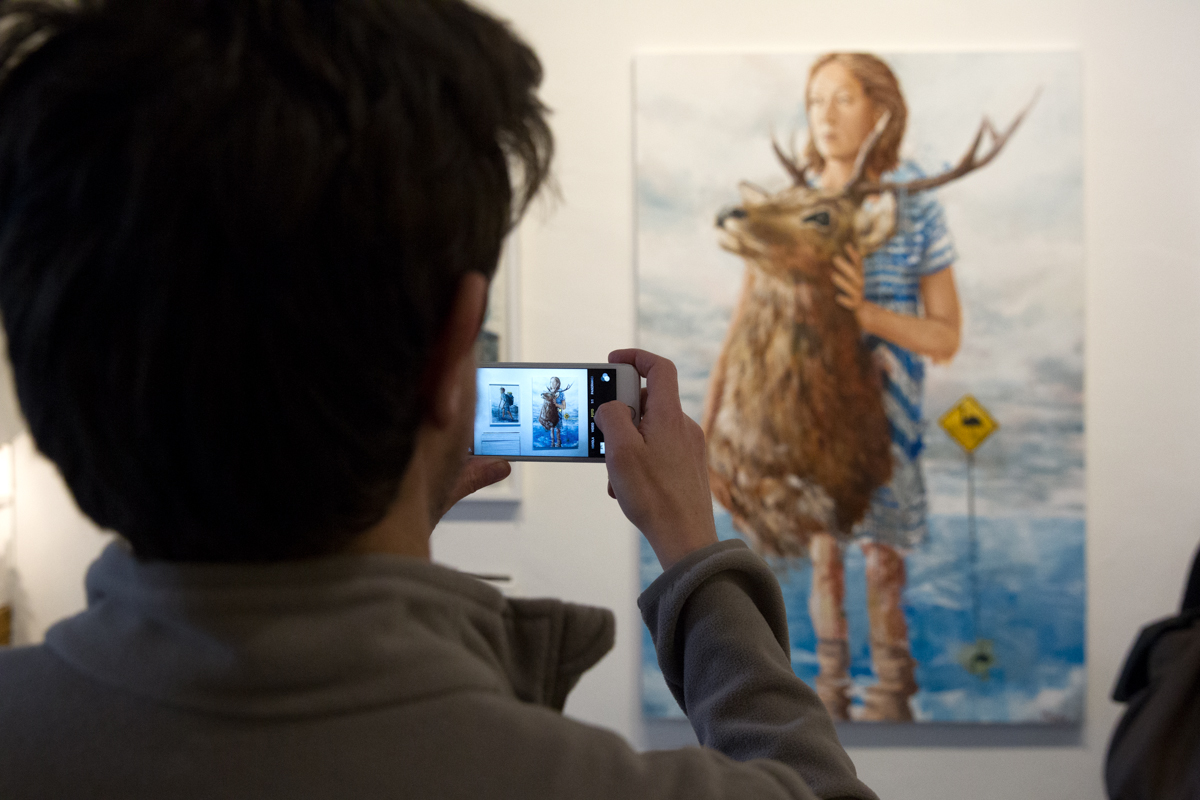 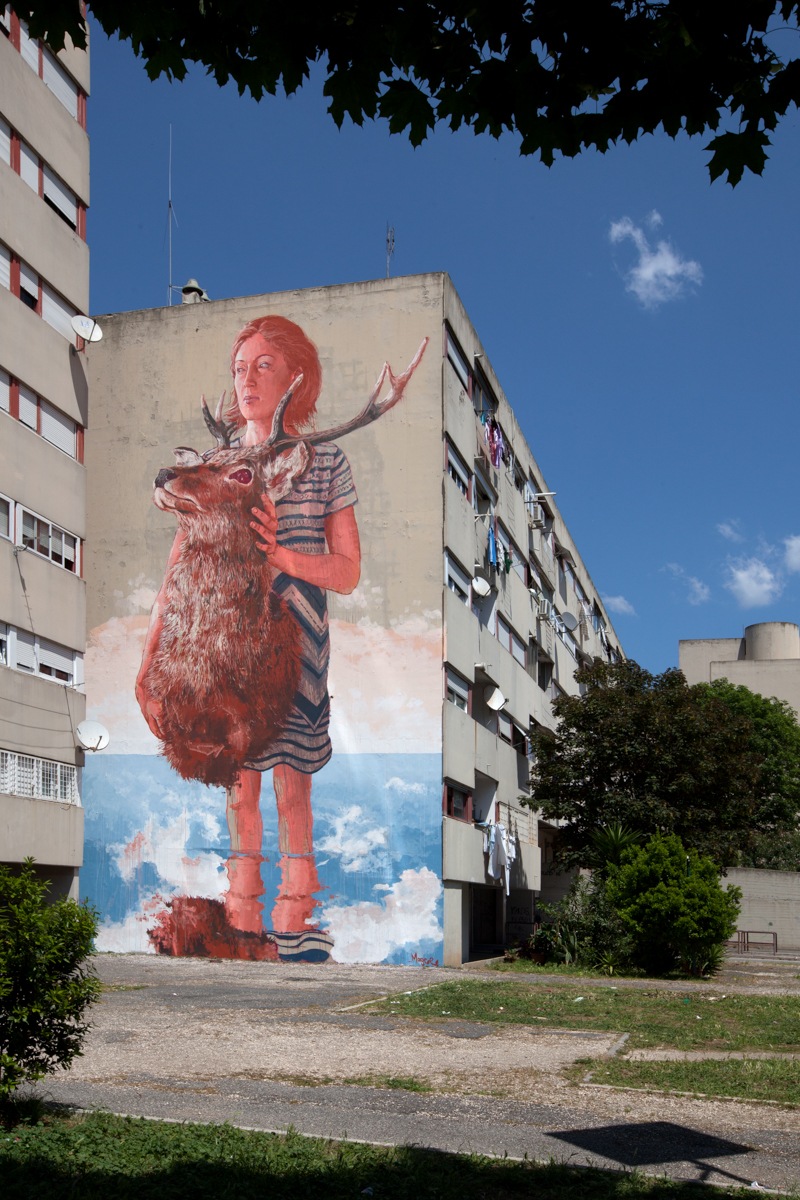