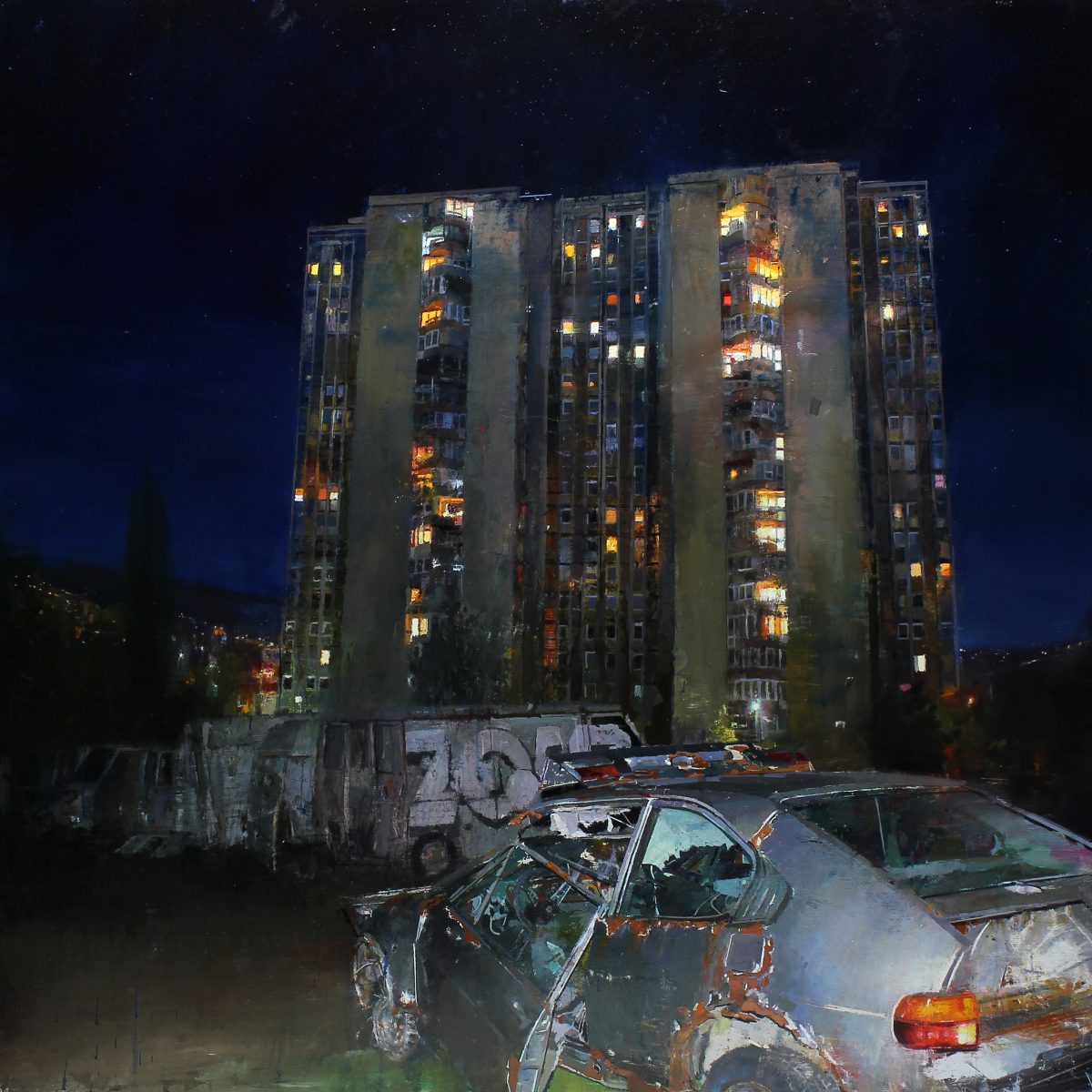 June 9th 2018 Galleria Varsi presents “Nobody’s home”, a solo-show by Sebas Velasco, the Spanish artist who paints murals throughout Europe, developing, through his personal vision, a realistic style dear to his country of origin. For his first Italian solo show, the artist has chosen to accompany us on a journey through the countries of former Yugoslavia, made up of images, suggestions, reminiscences and memories.

“When I was a child, I always chose Yugoslavia as my videogames team, maybe because I liked its name.” Those names of teams and soccer players sparked Velasco’s interest on the countries of Eastern Europe, which he relates in this exhibition.

Over the years, his curiosity has spread to the architecture, history and culture of these complex countries, whose past is still too close to be fully understood.

It is with the eyes of a child fascinated by the name of a foreign player on a T-shirt that Velasco is inspired, without prejudices or political positions, by these contradictory nations, suspended between socialism and consumerism, where gray concrete is illuminated by the neon signs of the products marketed by big multinational companies.

For this exhibition, the artist has created artworks on wood, linen and canvas, in which he conveys the strength and power of the faces and glimpses typical of his artistic production.

On one side we see nocturnal sights where the architectural brutalism reveals human traits through the stories told by the lights of the city; the dark tones broken by a mosaic created by the yellows and orange of signs, street lamps, and the lights of cars. These works become windows on the night, showing the isolation and loneliness hidden between the walls of large buildings, presenting the explicit paradox of great modern cities, be they the product of a socialist or capitalist system, in which physical proximity translates into emotional distance.

On the other side, we have everyday life with music, football, and politics. Traditions, objects, faces and moments preserved in old photos are all collected by the artist during his travels, and relive thanks to his paintings in an attempt to conserve the memory of a recent past, which the viewer can read through the eyes of the present.