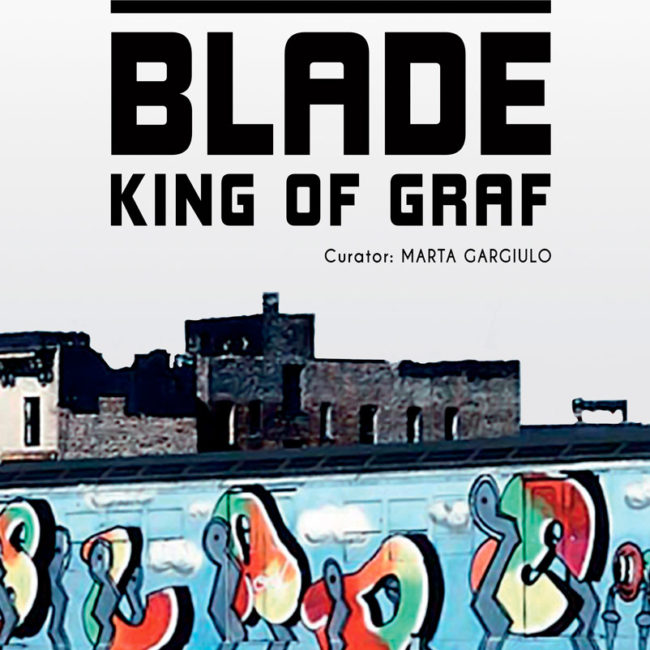 Galleria Varsi celebrates its first birthday by inviting BLADE, renowned artist and one of the most legendary figures of New York City Writing. This will be BLADE’s first show in Italy and he will open with a solo exhibition, KING OF GRAF, curated by Marta Gargiulo.

The exhibition will concentrate on the evolution of lettering that has characterized BLADE’s work from the ‘70s to today. The spectators will feel they are entering in a NYC subway station, in which train wagons scroll before their eyes, each one interpreted differently by BLADE.
BLADE is the precursor of one of the main urban cultural trends deriving from the underground movement, and is amongst the first artists to have realized that true art must be shared and that the places where it is created must be accessible to all; this is why city walls and subway cars become the blank canvases for his art.
To become popular in the ‘80s you had to choose extreme methods, and BLADE went underground in subway deposits, illegally painting up to 5000 trains. In this manner he became known and recognizable by fans of this artistic and other genres.
His strong presence in several subway lines made him a protagonist of one of the most important moments in the history of Writing: the release in 1984 of the book Subway Art, authors Martha Cooper and Henry Chalfant, a faithful exploration of the evolution and diffusion of urban art.
Today BLADE is present in temples of contemporary art, such as MOCA, and his paintings have been acquired in important collections such as the Palais de Tokyo, a fact which confirms and underlines the importance of the artistic message of Writing in contemporary society.

Writing has maintained its artistic relevance for over forty years, because it mirrors the dynamism and fast pace of our daily lives.