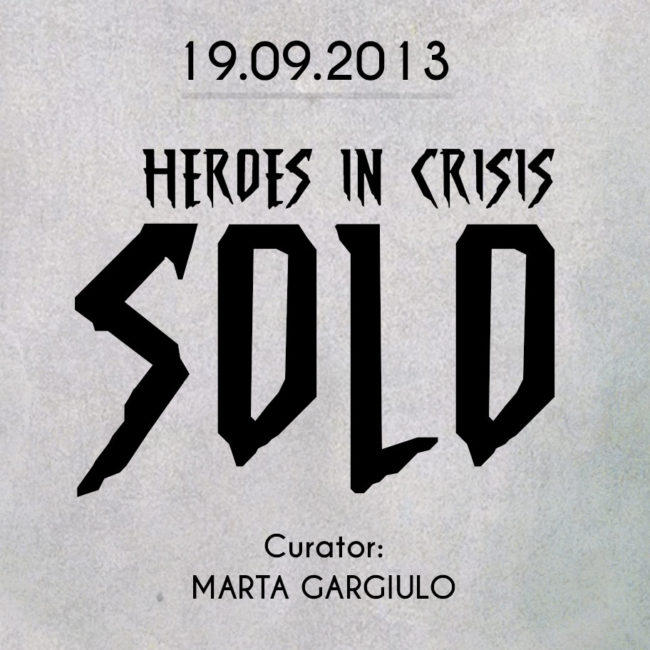 Varsi Gallery for the exhibition of Solo puts in place a real epilogue of contemporary to narrative of an increasingly in crisis society, superheroes are the best narrators to describe this drift. Solo illustrates how they, because of the crisis have lost the super powers, so from invincible they became vulnerable.

Varsi gallery will host the search of Solo, who during last year has traveled the world to investigate the new adventures of these ex superheroes that today are ordinary men; giving us an increasingly clear idea: Superhero today is the one who has learned not only to live but to survive the in unfriendly economic times on which we are global victims. Common man is the superhero of our time, who knows how to get by as a dishwasher, street vendor, shoeshine, painter, home help, personal trainers and sometimes as homeless.
Solo returns to Rome after bringing his superheroes for rent on the sidewalks of Paris, Prague, Ibiza, Athens, Miami, San Francisco, Santa Barbara, Oakland and San Paolo.

The installation made from Solo’s exhibition is a real discussion about how places can be transformed, yesterday representing  the place of imagination and that today just places retaining traces and signs of a bygone glory.