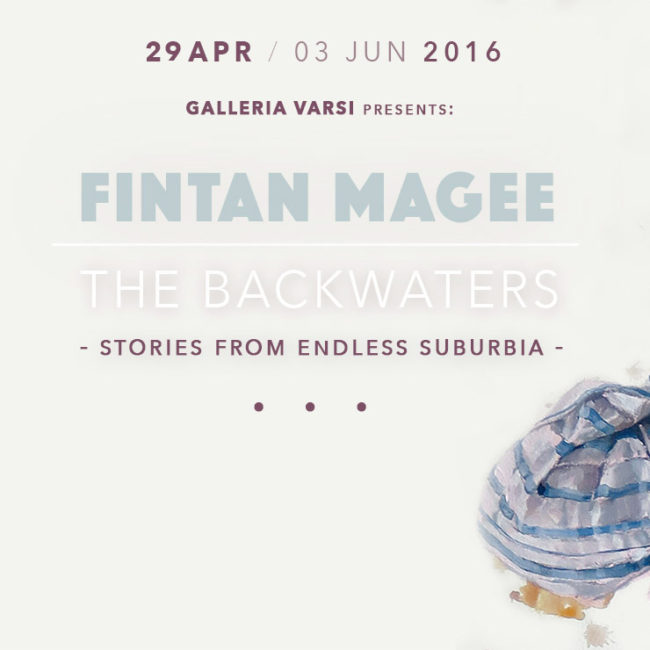 “Everyone has a story worth telling. Be tolerant and understanding of others”

The theme of the exhibition is the artist’s childhood memories of his native Australia, and tells the stories of the people living in the Nineties in its “cultural backwaters”.

The artist narrates through the eyes of the child he once was the outskirts of Brisbane, an isolated town inhabited by people of the most different and varied origins, many of them blue collar workers. Indians, Filipinos, Aboriginals, Italians, Maoris, Vietnamese, Greeks and Pakistanis lived the streets and the houses of Brisbane, with their diverse cultures and religions, coexisting in a short radius of miles.

The children of that neighbourhood knew each other well: sometimes they got along, others they quarrelled, but they always played together whatever happened in the adult world around them.

The things they saw were not always good but most of the times a ride on their bicycles and a little imagination were enough to forget their troubles.

On their bikes the children ran fast, as fast as the feelings that can run through a child, making them forget all their worries. Sometimes one of them would pedal too hard against the wind and fall off his bike: a split second up in the air and then down on the ground!

The child would fall into a puddle, get a little hurt, maybe have a hard time getting up again, but then his best choice would always be to pull himself up again, cleanse his wounds and clothes and ride back home for dinner.

Fintan Magee grew up in those suburbs and fell off his bicycle; he sailed the backwaters.

He is now 32 years old and travels the world painting walls, telling personal, fantastic, real stories. Through his paintings he embodies his memories and his thoughts. With his works he takes us where children live flying but sometimes fall, surviving a world where despair and hope coexist in peace and where all sorts of things may happen.