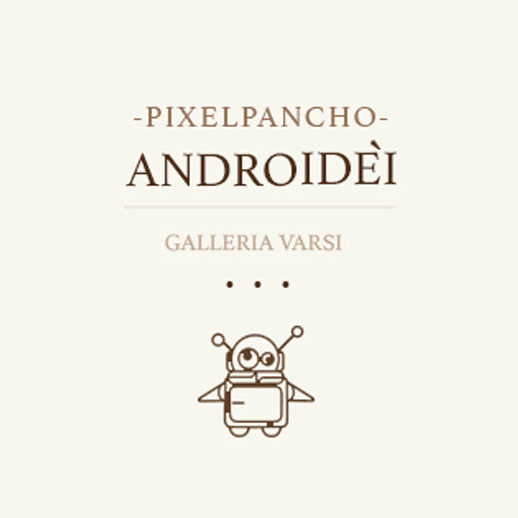 Pixelpancho explains the concept through his solo show at Galleria Varsi where robots and gods become one entity in which supernatural and sacred elements mingle and become iron and oxide.

The artist from Turin expresses himself through visionary metaphors, which for his exhibition become the myths of which Rome is the cradle. His research is based on a fantastic representation of reality that he transcends for his narration.

The works of Pixelpancho are centered on men who always are the protagonists even though never appear in the flesh; their skin has become sensitive iron, their soul is parts of gear. The robot is a man. His iron skin is bound to decay and the man robot knows and fears it.

The need to explain the phenomena of nature and the cycle of life has always been inherent to human beings. For thousands of years men have always turned to divine creatures to obtain answers and certainties. Over the centuries these entities have changed following the evolution of the cultures that have produced them.

As men did with the gods, human beings now project on robots their desire for perfection and immortality, and create them to overcome their limits and go beyond them.

Robots are the new gods.

The “Androidèi” are our fears, our hopes.