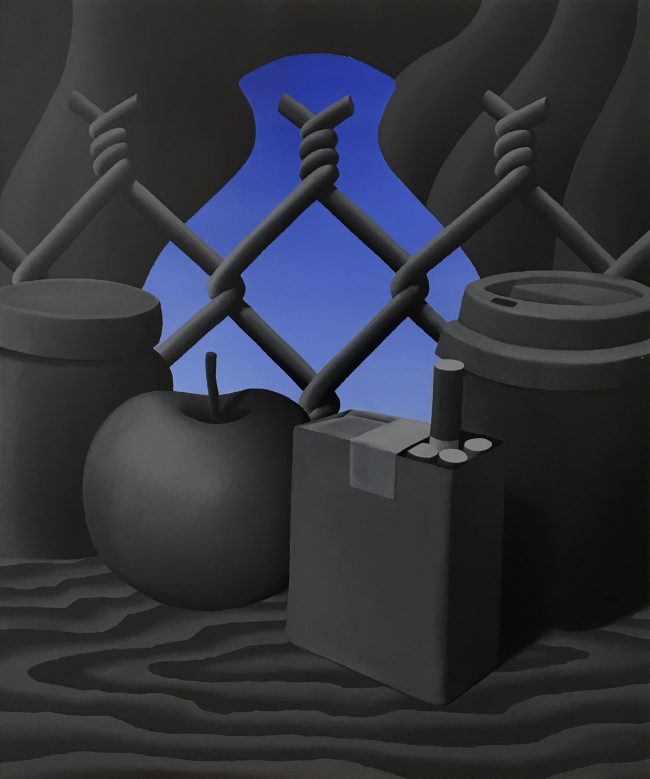 Since 2005 Porro has investigated different artistic disciplines. Starting with the study of photography and calcography, which have brought him to further explore the possibilities of the darkroom and of engraving, he has experimented with graffiti during a full immersion in the world writing scene of Europe, the United States and Oceania.

If in linoleography the artist investigates pure space, synthesizing it in geometries, openings, and establishing a dialogue between what is internal and external, material and immaterial, in paintings he depicts objects of ordinary reality that are shown and yet denied, in progressive steps towards emptiness.

Paintings by Alberto Porro imagine and create “things”, starting from reminiscences of objects that attract his attention to distortions of formal and conceptual structures. A garbage bag becomes the symbol of this action; twisted and unfolded, emptied or multiplied, it develops into the evanescent memory of an idea.

Porro starts from the certainties of the physical world to reach the more certain and truthful mystery of emptiness.