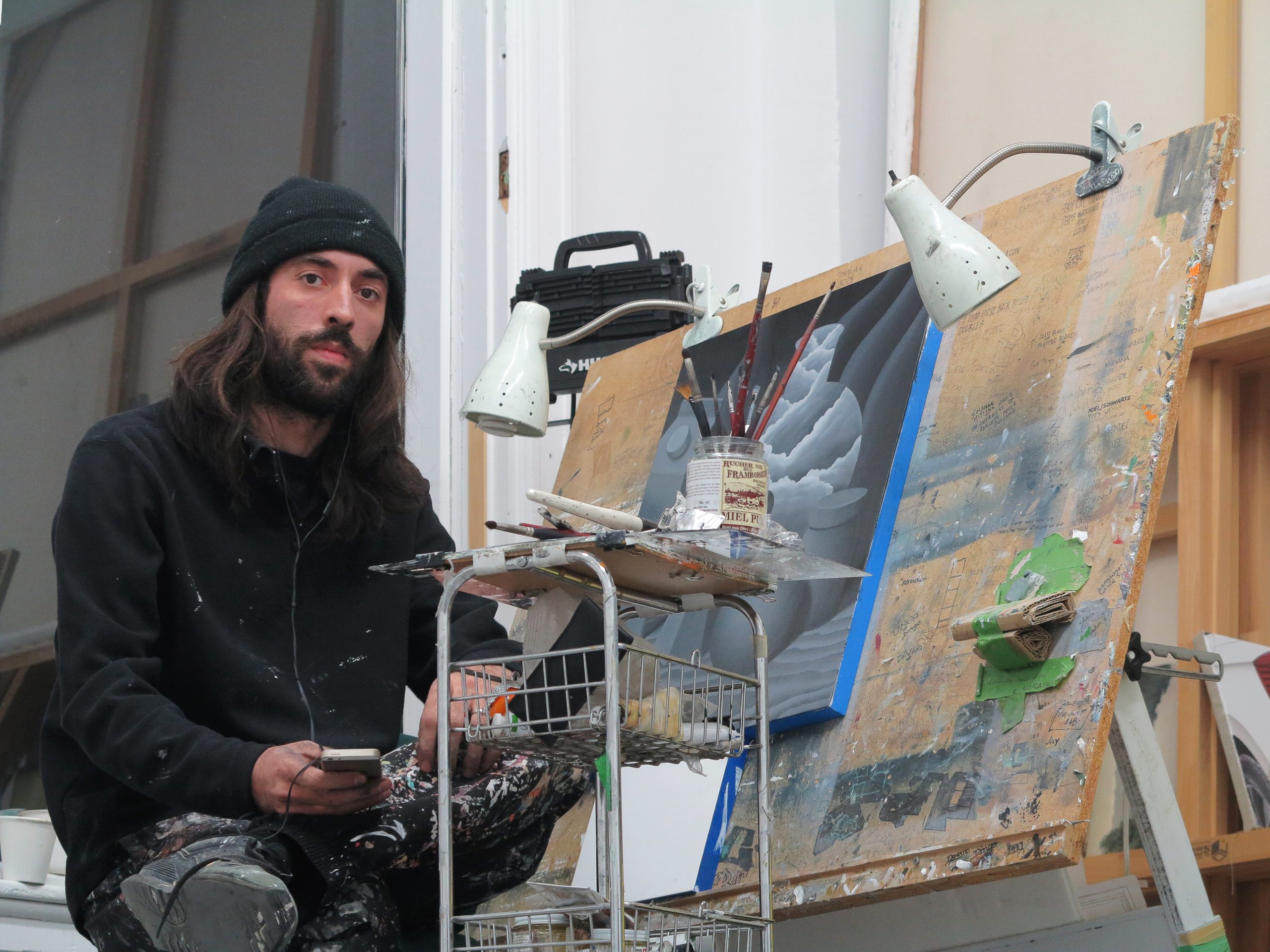 Alberto Porro was born in Milan in 1986.

He received a BFA in Print Media from the Brera Academy of Fine Art in 2010. During his studies, he experimented with etching and relief print techniques, eventually working his way to analog photographic printing processes. Through the darkroom, he embraced the photographic medium, and participated in his first collective expositions. He furthered his studies with a certificate program for photography at CFP Bauer in Milan, strengthening both his practical and theoretical skills.

As he was pursuing his academic studies and developing his artistic practice, in 2002 the artist became involved in graffiti – a path which would independently diverge but run parallel to the traditional context in which he had been trained.

In 2013, he moved to Australia, where he abandoned his photographic practice and began to focus exclusively on graffiti writing. During this period, the paths of fine art and graffiti, which had been thus far been exclusive of each other, converged into a single practice. Each of the two visual languages informed the other, and the artist was able to combine these different domains into unique works which would become highly regarded by the international graffiti writing scene. After exposing in several underground shows, he was invited to many graffiti and urban art festivals, expanding his practice to include muralism. In 2015, he had his first solo show at Goodspace Gallery in Sydney.

He returned to Milan in 2016 and began to work again in print, concentrating on relief printing with linoleum. He has since had prints in limited editions represented by several galleries, including Delimbo in Seville, Prescription Art in Brighton, Port Jackson Press in Melbourne, Jealous Gallery in London, and Varsi in Rome. In this period, he participated in several group shows, including “Process & Progress” in Fooley Gallery in New York, and “50×50 II” at Saatchi Gallery in London.

In 2017, he moved to Canada, where he began to focus exclusively on painting.

The artist lives and works in Montreal.