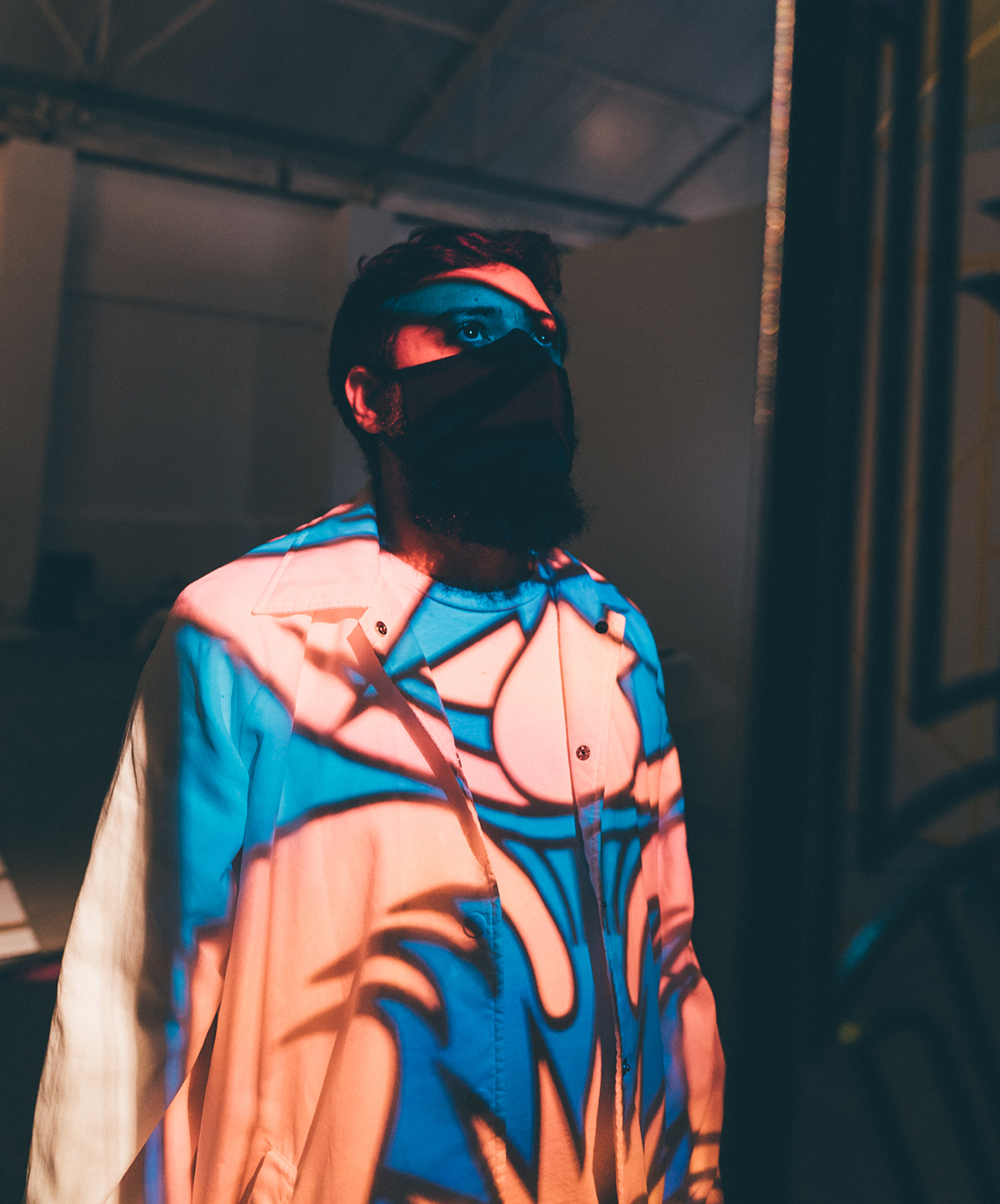 AKACORLEONE is Pedro Campiche (Lisbon, 1985), an identity of balanced exploration between analog and digital, defined by his use of color saturation and shapes, which are inspired by his personal universe, with every piece carrying a unique visual sensation.

Living with artistic creation from an early age, AKACORLEONE started with graffiti in the early 2000s, a base that would flow into other currents later on. In 2008 he takes his first steps in illustration and muralism and, in 2010, he presents his first gallery works defining, from the outset, a metamorphic aesthetic that more than a decade later remains characteristic of the projects he signs. Painting, installation, and sculpture are currents that he has been absorbing in recent years.

The obsession with experimenting with new materials and techniques has transformed the way AKACORLEONE thinks about his compositions; an approach focused on purpose, taking art as a vehicle to understand and humanize the environment, exploring it in all its forms. This dialogue between artist and work, past and future, has been developed through the use of bas relief, tiles, or laser cutting, with acrylic, wood, cement, or stone as the body.

Recognized for its multidisciplinarity and continuous search for new ways of presenting work, in EQUALITY (Festival Imininente, 2020), FIRST WORLD PROBLEMS (Underdogs, 2018), or FIND YOURSELF IN CHAOS (Underdogs, 2014) he expanded his artistic reach, carrying the intervention from the urban space to the gallery habitat more prolifically. AKACORLEONE presented his work in 14 countries, which earned him national and international acclaim.

AKACORLEONE shapes a future that reinvents itself daily through experiences, that wants to grow and reach other audiences, without ever losing its message, voice, or strength.