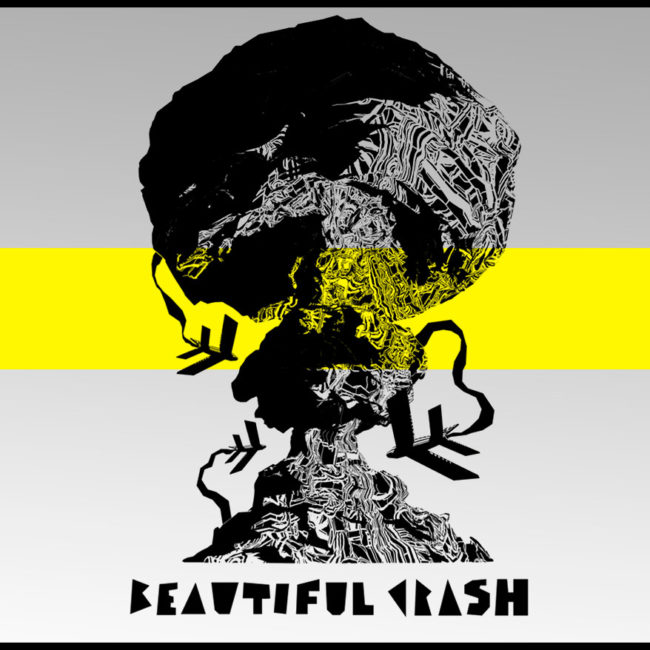 M-City is a street artist originally from Poland who animates spaces with stories in which the main subject is the metropolis and its infinite evolutions.
His production is characterized by two main distinct inspirations: video games and geopolitical issues that generate a critical approach to society, making viewers understand how geographical motivations can influence political actions.

The gallery hosts works that are easily identifiable with the artist: they portray factories, chimneys, bridges, tunnels, roofs, yards.
The contamination that these scenarios operate in M-City’s work undoubtedly derives from the view that he saw as a child outside of his home window: the Elektrociepłownia plant, which covered his entire neighbourhood with the smoke coming out of its chimneys. The artist often visited the plant to see the ships that were being built there, thanks to his father who worked in it.
M-City’s project was strongly influenced by the structure of the plant, and also by the graphics of PC games. These two aspects have made his work recognizable through a creative cycle that structures modules with the accuracy of stencils, and a consistent style based on the repetition of themes relating to industrial infrastructures.

15, 16 and 17 September
M-City will be painting the wall of a building in the Pigneto area of Rome (Rosti – Via Bartolomeo D’Alviano 65) in a project of urban renewal, giving us the chance to see him in action!